In Recreation Department action the Crisp County 8 and under girls won the district championship down in Thomasville by winning three straight games beating Moultrie 12-4 then Lee County 15-9 and then Moultrie again 6-2. Next up for the ladies is a trip to Savannah on July 14th and a first round state game against Lyons.

In other softball action the 10 and under girls finished 4th in district down in Tifton by winning 20-4 over Bainbridge and 21-6 over Grady. They suffered losses to Colquitt County 18-3 and Thomasville YMCA 20-19.

In baseball action the 8 and under boys had a tougher row to hoe getting to state. Starting off down Moultrie the baby Cougars beat Colquitt B 14-0 and then loss to Sumter County 15-14. Once they were in the loser’s bracket it was win or go home. Crisp reeled off wins against Grady County 7-1, Thomasville 14-6, and Sumter 16-6 and then they met the undefeated Moultrie White team in the championship and beat them4-3. The win forced an “if” game scenario in a double elimination bracket and Moultrie won that contest 11-6. The 8 u boys placed second at district and will face Ware County on July 13th in Savannah in the first round of state. 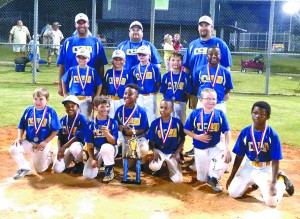 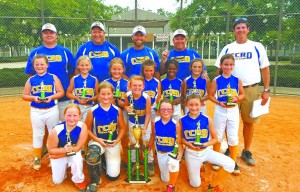