First place for the Crisp Horseshoe Club Spring League was not decided till the last night of pitching on last Tuesday. Marcus Waters won all 3 games and moved back into first. Ronnie Miller who had taken the lead last week dropped to second. Jean Bullington moved up to a tie for third with Jim Henderson. Frank Beck wound up in fifth. Dan Sanders was the only other 3 game winner and he also had high ringer game with a 62.5% (25 of 40).  Lill Piotter had high handicap game with a 130.

Our club hosted the Watermelon Festival Horseshoe Tournament last Saturday and several of our members were competing. On a terribly hot day, Ronnie Miller came out of the losers bracket and won the 40’ Singles title over Steven Tigges in second. He then teamed up with Beck and they won the 40’ Doubles title. Larry Myers won the 30’ Singles title over Aubrey Walker in second, and he and his partner won the 30’ Doubles. Sanders and his partner were second in the 30’ class. In the Junior Division Loron McGuire of Jasper, GA won and Wyatt Myers was second. 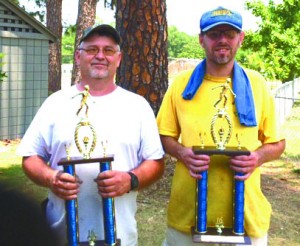 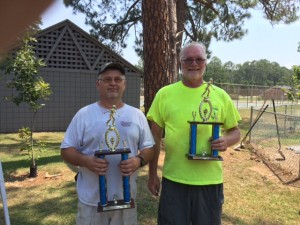 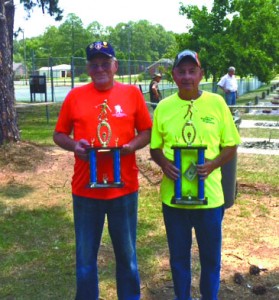 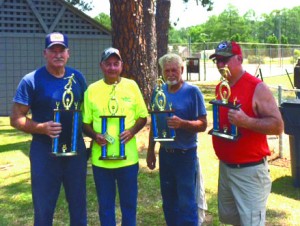 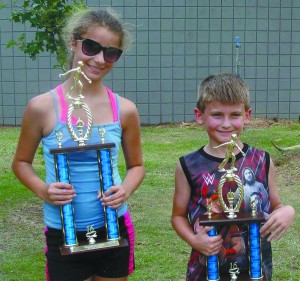