Listen folks it really isn’t easy being me and knowing and feeling what goes on inside my head. It is a tough job but I guess I am the best at being me as anyone I know can be, and there is no fakeness or pretense in me. “ I’m pretty good at being me” that should be a song name or something. Hmmmmm! Does that even make sense? See what I mean. All that’s in my head!

Ok I will move on. It is almost football season and well every year about this time my mind begins to wonder, my remote for my TV starts fidgeting and all sorts thoughts jump in my head. I am still upset with the University of Georgia for firing Mark Richt, but alas I have been the biggest fan they have since 1970. So I can’t just hate them. Instead I am going to continue to love them and hope that Mark Richt does great at the University of Miami and also push for the dismissal of UGA Athletic Director Greg McGarity. Let’s take a look at the job he has done for athletics.  He has been there now for 6 years and the University has won these national titles in his tenure. Now get this women’s swimming and diving and equestrian. Hold on a minute my eyes are full of tears due to the laughter. Boy howdy I bet that brought in a ton of money to the UGA coffers. What a joke! Not knocking the sports but the facts are these, if it isn’t football, baseball or basketball it cost money it don’t bring in revenue and in America it is all about the money. 2010 to present here are the facts. Baseball record 180-214 went nowhere; basketball 114-85 (.572) went to NIT 2 times and NCAA March Madness one time and lost first game. In football they went 56-24 (.700) and two trips two the SEC Championship. The result fired the Coach. Well Mr. McGarity you are responsible for all of the athletic programs and you have failed and failed miserably! You are fired!!!! But since you are alumni you will get to stay a little while longer about like Ray Goff did. But As far as Joe Joe is concerned you’re fired! I like saying that. You’re fired!! I feel better now.

Now don’t misunderstand me I am pulling for Kirby Smart and I have calmed down since the great expulsion of 2015. However, right is right everyone and he is a failure. Bye Bye Greg Bye Bye!! One thing Miss Coach told me is that Alabama will be good but they won’t be beating everybody up this year. Unless someone gets Nick Saban mad, so for Gods sake everyone leave him alone. LSU looks to be the best team in the SEC but as always the quarterback question comes into play. My wife of course is a die-hard Tennessee fan and is giddy with anticipation of the upcoming season. I don’t blame her they look awesome. Georgia has some big games to get past to make a run at all the marbles starting with the opener against a very good North Carolina team. Then the Bulldogs also have a date with Ole Miss in Oxford, followed the next week by a visit from the Volunteers and then straight over to South Carolina. After a week off Georgia gets Florida in Jacksonville and two weeks later they will be hosting a very mad and revenge seeking Auburn. Final result Georgia 9-3 on the year maybe 10-2. If they do better than that then a shot at the playoffs would be in line don’t count on it. McGarity your fired! That really is fun to say. I should be the new host of the Apprentice. You’re fired!! I can do that better than Donald Trump ever did. I welcome your comments. You’re fired. Ha Ha 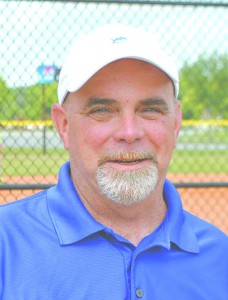