Where are they Now: Willie Pickens

Long years ago in what can only be described as the most tempestuous time in Crisp County history a man stepped forward to calm the seas. Many of you may recall the landmark US Supreme Court decision of Brown vs. the Topeka Board of Education of 1954.

In this case future Supreme Court justice Thurgood Marshall works as attorney for the plaintiff in bringing down segregation in the United States. As a result of that decision a cascading effect took place nationwide that culminated in the Crisp County School System becoming 100% totally integrated in the fall of 1970. My classmates and myself began the 1st grade and Willie Bruce Pickens a long time teacher and Head Football Coach at AS Clark High School moved over to Crisp County High . As the old saying goes “ it was sink or swim time” and Willie Pickens never quit at anything. Approximately 600 plus black students were now moving into the high school and the days of old where well just like the movie “Gone with the Wind”.

There was animosity and people were certainly apprehensive about the out come. A few of our Educational leaders however, knew it could, would and had to succeed. Many of the seniors in the new class of 1971 were asked to take on leadership roles in this transition and one teacher was asked to step down from his coaching position, (that he was very successful at) and instead be the enabler of change. Only Willie Pickens could do the job Willie Pickens was chosen to do, to facilitate and instigate the bringing together of two cultures from the same community into one cohesive body of students and teachers. Born in 1932 in Dooly County Coach Pickens was later educated at Gillespie High school in Cordele and before he knew it was crossing the Rhine river in Germany as Uncle Sam came a calling. After two years in the Army Coach Pickens returned to Georgia and attended and played football at Morris Brown College in Atlanta. It was at Morris Brown where he met Dotha Ingram of Athens, Ga. and the two were married and they had three children Ricky, Pam and Monica. Coach Pickens would get his Bachelors degree at Morris Brown, his Masters from Fort Valley State and a certificate in Social Work from the University of Georgia. Some many years later Dotha would pass away and Mr. Pickens married the former Geraldine Jones of Cordele and she had two daughters Marion and Barbara. Between them they have 12 grand children.

Mr. Pickens had a unique manner in dealing with the kids and as a consequence he garnered a tremendous amount of respect from all of them. You see Mr. Pickens saw kids that needed an education and he was an educator. The rest of the world may have had problems but right now he had a job to do and do it he did. Coach Pickens coached the B Team football and track teams those first few years of the 70’s. He then settled into the role as visiting teacher by the time I got to high school. “Willie was just a real good guy with a pleasing way. H e was a good coach that new the game and I personally learned a great deal from him, it was a pleasure to have worked with a man like Willie,” said former Crisp County High Coach Bub Denham.

Former Crisp County High Principle Bill Sampson said,” I was fresh out of college when I arrived here in 1970 and meeting and having a man like Willie Pickens to tutor me in this world was a real god send.” I went to school in Miami and we had kids from everywhere so it was different for me when I came to Cordele, but Willie had the respect of everyone and the white kids respected him because they knew he was a fair man that cared,” Sampson expounded. “ Willie chose to be a positive agent for change, he was the one person everyone could look to for leadership in this transition, I am proud to call him my friend.”

Not only was Coach Pickens an incredible influence on the youth in Crisp County but he alsohad an impact on the men and women he worked with. His remarkable ability to make tough situations easier was made possible by his demeanor. God does love a cheerful man. After retiring from Crisp County schools in 1992, Mr. Pickens has enjoyed his years supervising the Recreation Department pool that bears his name and enjoying his grand kids and his church Odum Grove Baptist Church.

Over time many great things have been said about Coach Willie Pickens. All of them true and never a bad word was ever spoken. The only way a person achieves that level of prominence is you earn it. In the book of Cougars chapter one called “Genesis” let it be written that a man named Willie Pickens would give to the people of Crisp County a unified School system and hence forth he shall be our “ Moses” for he delivered for us all as Moses delivered his people. So let it be written so let it be done. 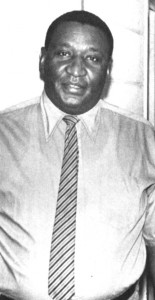 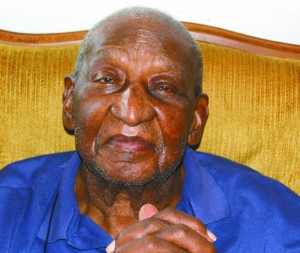