The Lady Patriots had a very productive outing in the Watermelon Invitational Tournament held in Cordele this past weekend. Facing off against 5 A power Ware County and 6 A Coffee. The little single A school in Rochelle showed their medal. Going 3-1 in the tournament while also facing a good Schley County team and Tattnall County team,

In the Coffee game Laura Lee Keene looked sharp as she allowed one hit over 5 innings with 2 walks and 9 K’s. Megan Fuller had the only RBI and the Lady Pats only managed 3 hits total in the pitchers duel. In the Ware County game Chastity Stephens went 4 innings while striking out 2, allowing 2 walks and 2 hits. She was relieved by Autumn Tripp who gave up 3 hits 1run and 2 walks in an inning and two thirds. Then on came Laura Lee Keene who pitched the final out of the game, a strike out. Against Tattnall County the Lady Patriots gathered 4 hits with 9 walks enroute to their 9-0 victory. Montana Ellis was 1for 1 with a 3 RBI double and Autumn Tripp added to Tattnall’s misery with a 2 RBI double herself. Keene went 3 innings allowing 2 hits with 6 k’s and she was relieved by Chastity Stephens who went 2 innings giving up one hit, striking out 3 and one walk. The girls showed they have some bats in playing a very good Schley team and collecting 9 hits on them. Montana Ellis was 2 for 4 with 2 RBI’s and Megan Fuller went 2 for 3 with a run scored. Autumn Tripp got the win going 5 and two thirds innings while striking out 3 walking 6 and giving up 3 hits. Keene got the save by pitching a third of an inning with 1 k. “ I am proud of the effort against some good squads,” said Head Coach Stephen McDuffie. The Pats host Charlton on Tuesday and Echols County on Thursday at 5:30pm in Rochelle. 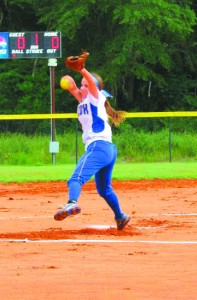 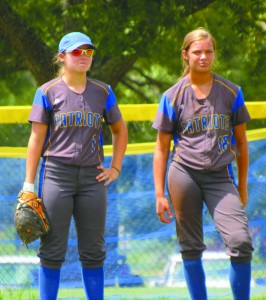 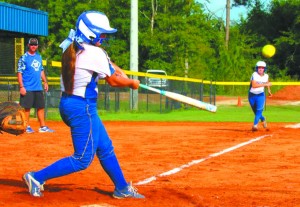