They maybe a little school but the girls down in Rochelle know how to play softball!

The Wilcox Lady Patriots traveled down to Tifton on Monday to play a doubleheader against AAAAAAA Colquitt County and the little Single A team from Rochelle split with the giant school. Wilcox won the first game in extra innings by a score of 4-3 and lost the second game by the same score. Laura Lee Keene took the mound in game one and pitched 5 innings before turning it over to Autumn Tripp who went 3 innings and recorded the win. In game one action Haley Howell went 2 for 4. Michelle Fuller gathered one of her 2 RBI’s on the day as well.

In game two action the Lady Patriots could not find a way to push across runs as they out hit the lady Packers 11-4 but ended up losing 4-3. In the second game Autumn Tripp went five innings and was relieved by Chastity Stephens who went one inning, with Tripp taking the loss on the mound. In the 11 hit outburst by Wilcox Haley Howell again gathered 2 hits as did the Fuller sisters Megan and Michelle. Wilcox Patriots play again on Thursday in Rochelle at 5:30 against Atkinson County. 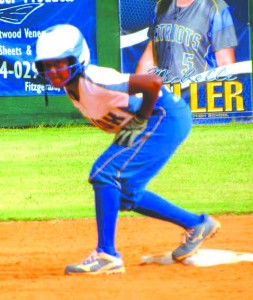 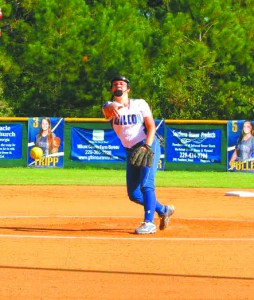