Where are they Now : Johnny Middlebrooks

Back in the day as the old saying goes the Wilcox County Patriots were loaded. No! Not 2009 that’s a whole other story; let’s go back 30 years to 1986. Donnie Clack was the Head Coach at Wilcox County High and as you all know he had Alfred Rawls and Ronnie West, but did you know that he happen to have another All State player in a kid by the name of Johnny Lee Middlebrooks. “ Pound for pound the hardest hitting kid I ever coached,” said Donnie Clack. “Just a pure joy to coach, what a good player and person he was,” Clack further lamented. Not only was Johnny a stand out in football he was also  a track star. “ No way we win all those football games and also win state in track without Johnny,” said Alfred Rawls. “ He was a stud horse, what a competitor,” Rawls added.

After helping Wilcox get to a state quarterfinal game against Lincoln County and a number 6 final ranking in the fall of 1985. Johnny along with his teammates took 1st place in the State A class track meet. Johnny also ran the 800 that year as a senior in 1 minute 56 seconds to win the event. At the time the world record was 1.41 so one can obviously see how fast this high school kid was traveling, for high school it was really fast. Johnny went onto win many accolades while in high school including 1st team All State honors as a defensive player. Though Johnny was offered football and track scholarships he turned them all down and joined the Navy where he would spend 21 years attaining the rank of Petty Officer First class as a Fleet Marine Force Corpsman. For those unfamiliar with military terminology, this MOS designates that Johnny is qualified as a combat medic. When asked about his best memories in sports Johnny said, “ winning the state track meet in 1985 stood out most in his mind.”” Johnny was a rare teammate, older than me but no one was better, just pure class act,” said Mark Ledford. “One thing I remember very well was that Johnny had some close relatives to die in automobile accident on a Thursday before our game.” “He didn’t come to school that day but he showed up at the football field to play with us and I honestly believed he had 20 or more tackles that game, just an almost unbelievable performance,” Ledford said.

Johnny at present time is pursuing a degree in nursing. He also holds certifications in HVAC and Surgical Technologist. He is married to the former Kisha Smith of Columbia, South Carolina and he has 6 children and they are Lejanika Greene, Georigia, Olivia, Johnny Middlebrooks II, Vetone Samuel and Zion Watson. Johnny makes his home in Valdosta now where he attends school. He enjoys fishing, hunting, horseback riding, bowling, running and the corn hole game. “ I would like to first of all thank God for giving me a successful life and for putting the people in my life that have helped mold me into the man I am today. My mother Georgia Mae Turner, my teachers Mr. Powers and Mrs. Lavender and all my high school coaches especially Coach Clack.”

Johnny said that nearly all of his children are either in college or have graduated. His word of advice to young people is “to be all you can be, the sky is the limit.” So in the long storied history of Wilcox County athletics let be written that according to his teammates there once was a “stud horse” that played ball at Wilcox High and his name was Johnny Middlebrooks. 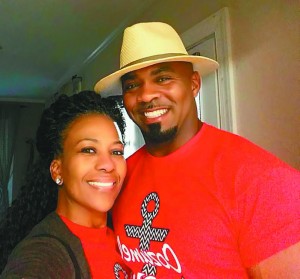 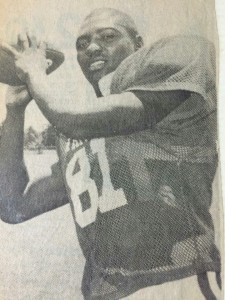 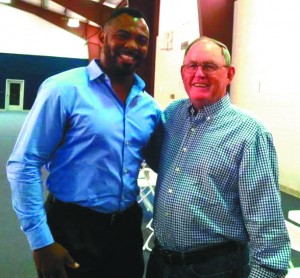 Can Florida State win it All???