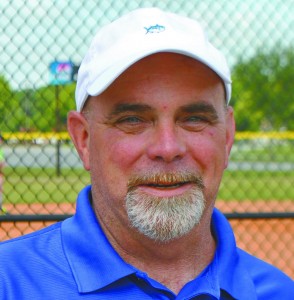 Smack talk and football go together like peas and carrots, ham and burger, kool aid and water, beer and pretzels and Gnats and Cordele.

Now what benefit does it serve exactly? Well it appears to make people happy. I mean I know it does me. I actually get a real charge out of busting out Florida State fans, Auburn fans, Tennessee fans, Florida fans oh really this list is to long. Now sometimes people go to far by using vulgarity that is never acceptable. Oh and some will get personal and mention family members in a bad light and that is not acceptable. Everything else is pretty much on the table. WARNING!!!! This activity is not for the timid and faint of heart. You should not jump into these discussions on face book or here or anywhere else if you are thinned skinned. People like David Hughes, John Hughes and Jeff Tucker will eat your liver out of your body literally. You notice two Hughes boys; it is a family trait just trust me on that. They and a few more are vicious animals with no heart when it comes to their team and I mean NO HEART!! Even Becky Crissman, who knows nothing about football and I mean nothing, wants to get in on the smack talk. You see she is a band mother and her son is in the Georgia Southern band so about once a week she will chime in with her very weak argument, “Hail Southern” she will say!

To help in the ridicule of other people’s teams is a new invention called the meme. Years ago we had to make up our on sayings or “janks” as Cordelians call them. Now days though we have ready-made cartoons for putting down someone else’s teams and it makes it quicker and fun as well, but then people lose their janking skills as a result.

If there are those of you out there that maybe unfamiliar with some of my words, I have included a very small thesaurus and dictionary for a guide. We have all at some point or another been indoctrinated into this ritual of downgrading our friend’s favorite team. Some of us learn at a very young age. Myself I vividly remember my Uncle Jake who lived in Ashland City, TN telling me “the GA BULLDOGS have rubber teeth” and I was all of 6 or 7 years old. He of course was a Volunteers fan as all them folks are up there and they bleed orange. Then my sister went to Georgia and my brother law graduated from there when I was very young and I became indoctrinated myself, only they put me on the right path through the “Arches” in Athens, Ga. Now 46 years later I am a better man for it. A member in good standing of the “BULLDAWG NATION”.

This name calling and smack talk ain’t just confined to college football but also the NFL is a prime place for smack talk. If you are a Cowboys fan then you have heard them all because of Tony Romo. I remember a really good from long years ago about the Oakland Raiders. “The only team in the NFL with their on personal bail bondsman.” So if you have thick skin and enjoy football then join in on the fun, but you may want ease in quietly so you can feel your way around. Word of advice though “if you can’t stand the heat, then stay out of the kitchen.” As always I welcome your comments.

1.Smack Talk- insulting speech, especially when intended to irritate or annoy someone.

2.Jank(ing)- downgrading someone or something in a sophisticated manner, so as not to cause them to become angry but rather laugh at what you have said. A way of joking or picking at friends. A term invented in Cordele around 1972.

3.MeMe- a cartoon or pictorial of something funny.

4.Cordelians- person from or living in Cordele, Ga.