The undefeated Lee County came to play and from the opening kick off till the 4th quarter it was a tight game. Lee returned the kick-off 76 yards for a touchdown and after making the two-point conversion to go up 8-0 on the Cougars. The Cougars couldn’t get anything going in the first half and went into halftime down 8-0.

The Cougars received the opening kick off and took the ball down the field and scored on a 23-yard scamper by Rahim Ashley. The two-point conversion by PJ Coleman was good to tie the score at 8-8. With 4 minutes remaining in the 3rd quarter the Cougar defense rose up. The Cougars forced the little Trojans to a 4 and out and got great field position. The Cougars moved the ball and it was capped off with a Rahim Ashley 17 yard tote, the PAT was no good and the Cougars were up 14-8. After Lee County got the ball and scored again and their PAT failed the score was all tied up.

Crisp County received the ball and drove 60 yards and Chris Paul scores and Pereci Gaines added a two-point conversion to push the Cougar lead to 22-14. On the very next play Nick Mercer forced a fumble and the Cougars recover on their 44-yard line. After a 20 yard gain by AJ Lofton, Crisp County gave the ball to Ashley he scored his 3rd touchdown of the day on a 24 yard run. The final score was Cougars 30 and Trojans 14. “It was a hard fought game and I was especially proud to see our kids keep grinding after falling behind early, “ said Head Coach Chris Paul. On the day Sirrad Bryant, Nick Mercer and Chris Paul Jr. were listed as defensive standouts. 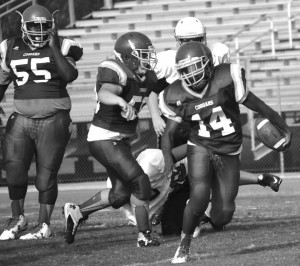 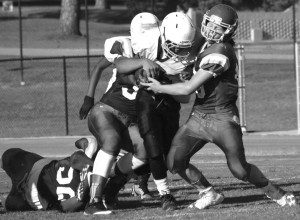 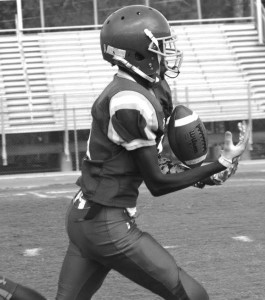