The  Trojans were on the road Friday night in Dasher, Ga. taking on Georgia Christian and after an epic battle the Trojans out maneuvered and out lasted the Generals  18-14.Starting off the game with 3 touchdowns in the first quarter, Fullington played stop the Generals the rest of the day. Lane Mitcham scored all three times for the Trojans two on the ground and one through the air. The Generals got a touchdown in the first quarter and went into halftime down 18-7. Georgia Christian would score again in the third stanza to get to a 18-14 score, but after a brilliant goal line defense by the Trojans in the fourth quarter the game would come to an end. The Generals were 1st and goal to go at the Trojans 5 yard line and they failed to score and the game belonged to Fullington. “We had some bright spots but we didn’t do the things we should have to put them away,” said Head Coach Jason Hurst.

The Trojans had 330 yards of total offense, 157 rushing and 173 passing. Lane Mitcham had 24 carries for 123 yards and 2 TD’s. Will Mashburn was 6-12 for 173 yards with 1 TD and 1 interception. Griffin West had one catch for 32 yards and Mitcham caught three for passes for 110 yards. On defense Houston Hawkins , Nick Arzola and Thomas Kenton lead the charge. Fullington visits Skipstone in Griffin at 7:30pm on Friday in a key region match up. 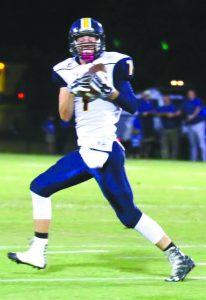 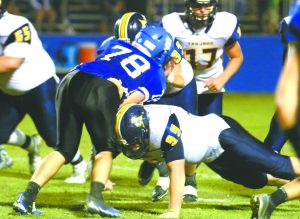 Patriots Fall to Trojans on Homecoming