Another bites the dust

After a week off the Crisp County Cougars came out fresh and yet a little rusty. Though the Cougars made some great plays through out the night, they also at times played well, for lack of a better word sloppy. The Cougars won their contest with the Monroe High Tornadoes 28-14 and captured their first region win of the season. The win moved the Cougars to 7-0 overall and 1-0 in region play. After winning the toss and deferring to the second half, the Cougars Patrick Felton hit Daevion Troup on a 62-yard bomb for a touchdown. The PAT by Brandon Thompson was good and the Cougars were up 7-0 with only one minute and 3 seconds gone in the 1st period. A Kentevious Spivey interception led to the Cougars second score of the half .The Cougars missed on several scoring opportunity’s earlier but with 4:21 left in the half Brandon Dowdell ran in for the touchdown from 9 yards out. Thompson toed the PAT and the Cougars went into halftime up 14-0.

As the second half got underway quarterback Patrick Felton who had been hampered by an earlier injury was sidelined and Miles Napier took control of the troops on the field. Napier found old reliable # 6 Jammie Robinson on a 24-yard touchdown strike and with sure-footed “Frosty” Thompson’s toe the Cougars went up 21-0. Spivey would get another interception in the game but the ball was fumbled away. Then with 6:38 to go in the third stanza Dowdell got a pick off and the Cougars were back in business.

This time Napier hit TJ Ming for a long touchdown pass but it was called back. So two plays later he hit Robinson on 33 yard bomb over the receiver and after the PAT the Cougars were cruising at 28-0. The Cougars blinked their eyes and Monroe broke a long touchdown and the score was 28-7. Then after several series the Cougars would blink one more time and Monroe had rolled in from about 8 yards out and the score was 28-14. Monroe tried to make a comeback but Dowdell’s 2nd Interception of the night pretty much broke their back. “ I will always take the win but we didn’t play Cougar football tonight,” said Coach Felton. “ Between the terrible penalties which we had to many and the fumbles and the very large number of big plays we gave them on third down, we have some cleaning up to do.” “The boys are capable of playing much better and we are going to address the issues.” On the night the Cougars did have some big defense at times from Markaviest Bryant, De’Angelo Griffin, Ahdarrious Gee, Dowdell and Spivey. On offense Robinson, Napier, Ming and the offensive line had a good night. The Cougars will be at home next Friday Against region opponent Cook County as the Cougars celebrate senior night. 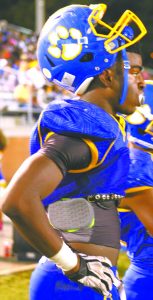 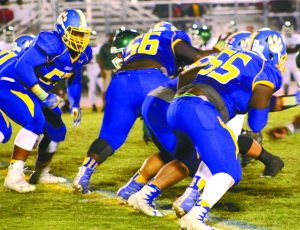 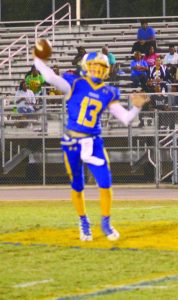 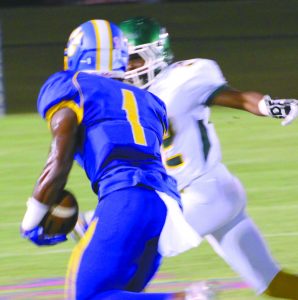 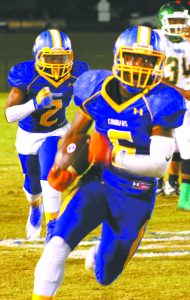