The Crisp County Middle school Cougars advanced to the championship next Wednesday the 19th at 5pm after posting a 38-12 win over Americus-Sumter on Wednesday afternoon. The Panthers of Americus struck first with an 88-yard breakout run on the first play from scrimmage.

The Cougars would respond by driving the ball down the field on their first possession and Marquez Palmer scored the first of 4 touchdowns on the day. The PAT by Perici Gaines was good and the Cougars took the lead. After this drive it was all Crisp County as the defense was stifling all day. “All I can say is that our kids are hungry and they are playing at a very high level right now, we are peaking at the right time,” said Head Coach Chris Paul.” I am very pleased with effort the boys gave and Marquez was really on his game tonight (Palmer had 4 touchdowns with 94 yards rushing and 70 yards receiving).” Perici Gaines also scored for the Cougars and AJ Lofton had 2 touchdown passes.The Last touchdown of the day was a pass from Kack carter to Rod Mason to put the game on ice. On the defensive side of the ball Nick Mercer, Chris Paul Jr., Jaylin Epps, Preston Lavant and Sirrad Bryant played exceptionally well. The Cougars are now 7-0 on the season. 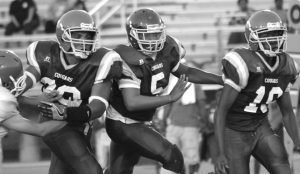 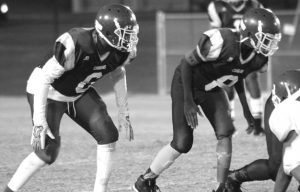 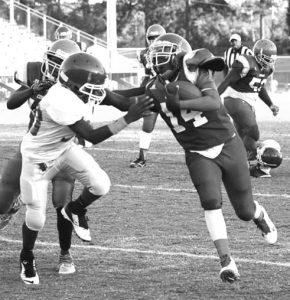 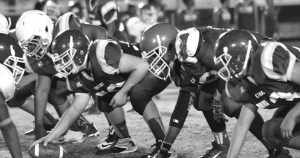