I know that Ms. Coach is convinced. She is also pretty sure that the following teams will win this week. After posting a 17-3 report card this past week, MS Coach has moved her season to 141 and 46 (.754). Crisp Academy will  host David Emmanuel for their Homecoming festivities and the Cats should get a W here. Wilcox will get a visit from all-powerful Turner County the Patriots will put up a fight but the Rebels will prevail. The Dooly Bobcats will play in a region crossover against Brookstone MS. Coach aka “Pooh” says the Bobcats will be hungry for a win. Fullington gets a win as well over Edgewood of Elmore, Alabama. The Cougars travel to Hugh Mills Stadium in Albany for a Thursday night rendezvous game against the Dougherty Trojans. Even on a short week and having to travel will not slow down the Cougars. Crisp County 45 and Dougherty 14.

Well the weekend all Georgia fans wait on has arrived as the “Worlds largest outdoor Cocktail Party “gets kicked off. The Bulldogs are struggling and suffering from two straight losses to Florida and everyone knows that the way to turn around a football season at Georgia is beat Florida and Ga. Tech. If you go 2-10 and win those games you can escape a hang mans noose and since Georgia will most likely lose to Auburn, we see a major upset looming Georgia 25 Florida 23. Pooh says also that Navy, Michigan Wisconsin, Texas AM, Ga. Tech, Tennessee, Louisville, Oklahoma, Boise State and App. State should beat struggling Ga. Southern. Auburn @ Ole Miss should be a battle and best guess is that the Rebels will bounce back. In the biggest game of the day Clemson invades Tallahassee and the Seminoles. As we said before the season started, Louisville would beat Florida State. And Clemson would beat Louisville and now Florida State will shock Clemson. 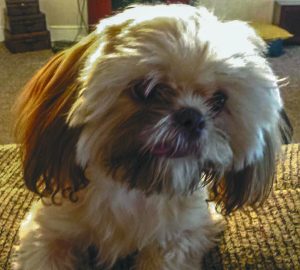