Cordele – The celebration of life for Mr. Willie Bruce ” Bubba“ Pickens will be held on Saturday, November 5, 2016, at 11:00 a.m. at the A. S. Clark Medical Institute, 401 North 15th Street, Cordele.  The family will receive friends for visitation at 10:00 a.m., one hour prior to the service.  Burial will be held on Monday at 12:00 noon at the Andersonville National Cemetery in Andersonville, Georgia, with a military salute.

Mr. Pickens, 84, passed away on Monday, October 31, 2016, at the Pine Pointe Hospice in Macon, Georgia, after a long battle with lung cancer and Parkinson’s disease.

Mr. Pickens was born in Vienna, Georgia, to the late Willie Lee Pickens and Willie Mae (Tucker) Pickens on October 1, 1932.  After the death of his mother, he was raised by his father and stepmother, Beatrice Pickens.

He was educated in both Dooly and Crisp County Public School Systems.  After graduation from Gillespie, he was drafted into the U.S. Army where he served in the Korean War.  Upon completion of his military service, he attended Morris Brown College in Atlanta, Georgia.  He received a B.A. in Education and was an outstanding member of the Wolverine’s football team.  He also received a Master’s in Education from Fort Valley State College.  Mr. Pickens also earned a Certificate of Social Work from the University of Georgia.

Mr. Pickens was a beloved Coach and Teacher at A.S. Clark where he successfully coached football, basketball, track and baseball.  He also later coached the Junior Varsity programs in the Crisp County school system.  Mr. Pickens was known as a strict disciplinarian.  Under his tutelage, students earned college scholarships, played professional sports, and went on to become Lawyers, Preachers, and Pastors.  Mr. Pickens was employed with the Crisp County Board of Education for 40 years.  He also served the community via the Men on the Move Civic and Social Club.  He was also employed by the Crisp County Department of Parks and Recreation.  Pickens Pool was later named in his honor. 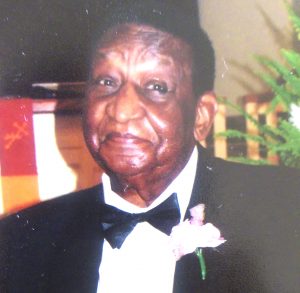