Crisp Academy, after finishing off a successful regular season with a 7 – 2 record, entered the first round of state playoffs Friday night with a home game facing off against the Covenant Christian Academy Cougars. The coin-toss preceding kickoff was won by the Cougars, who elected to receive the ball.  After a succession of downs quickly stopped by the Wildcat defense, the punt was recovered by #4, Gaige Little, and the Wildcat offense took the field.  As it was with the last few games, the Wildcat’s offense heavily passed the ball quickly up the field and

nto the end zone for the first of many touchdowns of the evening.  The CA quarterback #7, Griffin Gravitt would go on to throw 6 touchdown passes that evening, and two more passes for PATs.  The Covenant Cougars would manage to sneak past a defender once in the first quarter and squeeze in a touchdown, with the score at the end of the First quarter 22 – 8, in favor of the Wildcats.  The second quarter saw quite similar gameplay as the Wildcats would advance their score another 31 points, with the Cougars advancing only six, bringing the score to 53 – 14 at the end of the half.  As with previous games, the scoring slacked off in the second half, with another 15 points for the home side to bring the score to 68 – 14.  After the third quarter, a running clock was started, and Coach Price Jones of the Wildcats put in his second team in.  Here QB Noah Mercer threw his only touchdown of the night, bringing the final score at the end of the fourth quarter to 74 – 14, Wildcats.

Key players for the evening were QB Griffin Gravitt on offense with 6 touchdown passes, and two more touchdowns run in. # 14, Bobby Ray Mitchell, and # 4, Gaige Little,  completed three TD passes each.   #54, William Bodrey, and # 22, Justin Pate, each brought in another touchdown.  On defense, Gaige Little, Justin Pate, and William Bodrey stood out in tackles and tackles for a loss.  Also of note was a 16 yard interception return by #2, Devin Howard.

Head Coach Price Jones stated “I thought the game went well.  We had a slow start, especially with playing on Monday and turning around and playing tonight, but I think once we got going, we picked up our level of playing and excelled throughout the night.  Our defense gave up a couple plays, but we adjusted and shut them down for the rest of the game.  Our offense missed some passes but it was overall a good game.” He also added, “We obviously need to improve our run defense, and also make sure we throwing and catch more consistently.  We need to come out next week with a focused mindset to prepare for next Friday night.  I believe that we will fix those issues and come out next Friday prepared.”

The Wildcats will face off against CrossPointe Christian Academy Friday night at home, starting at 7:00 P.M. 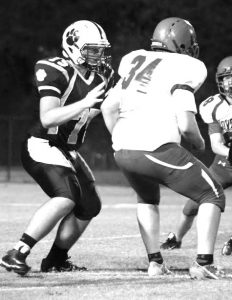 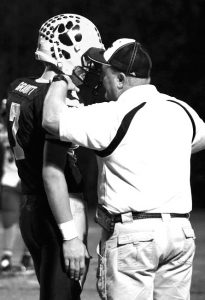 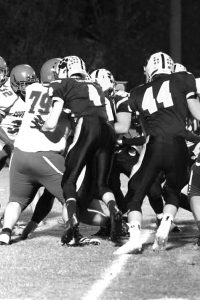 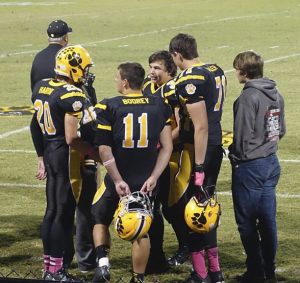 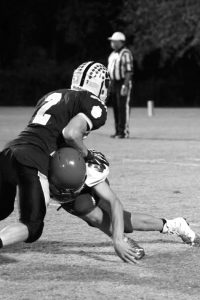