Dooly no match for Irwin

The Dooly County Bobcats hosted the Irwin County Indians in a GHSA class A first round playoff matchup Friday night. The Indians took the lead early with a quick touchdown just over a minute into the game, and they never looked back from there.

The two teams traded punts on the next couple of drives before Irwin tacked on their second touchdown after an eight-play drive that spanned just 28 yards. The touchdown made the score 14-0 in favor of Irwin at the 3:45 mark of the first quarter.

The following drive for the Bobcats ended with an interception and set the Indians up with a short field right before the end of the first quarter.

It did not take the Indians long to add to their lead as they drove 35 yards on eight plays to find their third touchdown of the game. The score put Irwin up 21-0 just over a minute into the second quarter. The subsequent drive for the Bobcats started out promising, but they were forced to punt at around midfield. Irwin tacked on one more touchdown right before halftime to take a 28-0 lead in at the break.

The Indians picked up right where they left off after halftime when they returned the kickoff out to the Dooly 35 yard-line. It took them just six plays to score after being set up with good field position and the score gave them a 35-0 lead.

Irwin scored one final touchdown with 48 seconds remaining in the third quarter to make the score 42-0, which is where it stood at the end of the game.

The loss eliminated the Bobcats from the playoffs and ran their final record to 6-5 on the season. It was a hard fought season that saw them win 6 of their last 7 regular season games to sneak into the playoffs after starting their campaign 0-3. 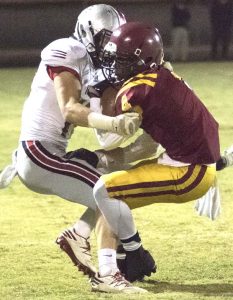 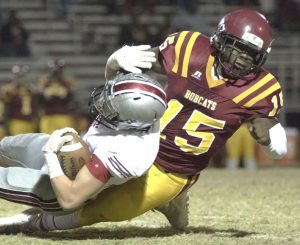