The Crisp Academy Wildcats hosted Crosspointe Christian Academy Cavaliers last night for a shot at the GICAA State Championship.  Having lost to the Cavaliers once before, the Wildcats were hungry for another win on their belt this evening.  However, it was not to be.  The Cavaliers made their presence known with a quick touchdown made by their quarterback.  He would go on to score several more throughout the night.  The Wildcats offense then took over, but met heavy resistance and soon the ball was back in the hands of the visiting side.  The Cavs would go on to score two more touchdowns on the Wildcats.  The Wildcats finally got some points on the board and brought up the score to 20 – 8, Cavaliers, at the end of the first quarter.  The Cavaliers would continue to score several more touchdowns during the second quarter, while the Wildcats would get another one on the board.  By the end of the half, the score was 40-14, in favor of the Cavaliers.  During the first half, the Wildcats #99, William Purvis, sustained a knee injury and had to be stretchered off of the field.

The Wildcats played a great season, going to the state playoffs for the first time in several years. Even in losing, the boys played with heart, and did what was asked of them.  Good luck next year, Cats. 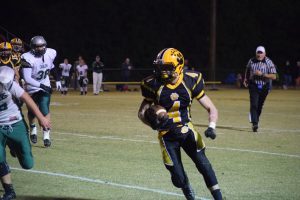 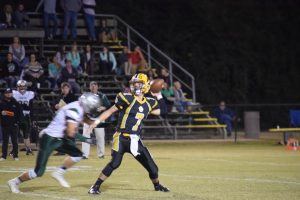 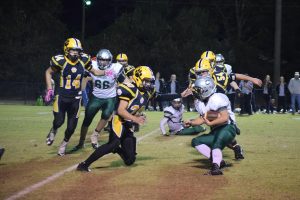