It is my firm belief that the moon moving closer to the earth than it has been in the last 69 years, which is called a “super moon” may have seriously affected Ms. Coach ability to read her crystal ball. I mean she only hit 11 out of 21 this week. I realize that there was an over abundance of upsets this past week but wow. After this dismal outing as a prognosticator her yearly record has fallen a bit. Ms. Coach now stands at 185-64(.743) on the year. She is however, ready to get right back up on the horse. Ms. Coach says that the mighty Crisp County Cougars will continue their winning ways. In the topsy-turvy world of college football she says that Louisville will capture an important win over Houston. Ms. Coach also likes Texas AM to bounce back along with Michigan. She says Wisconsin, Nebraska, Ohio St, Utah, Florida St, Alabama, Washington, Georgia, USC and Western Michigan will all pick up a win this week. She likes Clemson, Penn St, GA Tech, Tennessee, North Carolina, Texas, South Carolina and Arkansas. In the biggest game of the weekend Oklahoma will visit West Virginia and she likes them Sooners in a close game. 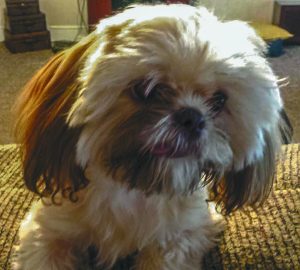