History was made in the den Friday night but it took all the Cougars, their fans, coaches and some divine interference to get past the some of the calls made on the field. I have officiated quite a lot in my life and rarely would one ever hear me down grade officials but one of them they had was clueless and flag happy. I really can’t wait to see it all on film. I do know this everyone of the officials was from 4 different Associations in Atlanta. None of them were from south or middle Georgia or east Georgia. I say this because Lovett is from Atlanta and I will leave it right there.

Defense was the name of the game in the early going as it took till 7:24 left in the first half before Crisp County scored on a bomb from “Nino” Felton to Kentevious Spivey that went for 60 and half yard for a Cougar touch down. Brandon Thompson added the PAT and the score was Crisp 7 and Lovett 0. This touchdown came just after a brilliant Cougar goal line stand at the one-yard line. The fact that the Cougars garnered in 4 interceptions on the night was a testament to the defense they played all night. The Cougars would add 3 more to the score on a “Frosty” Thompson 31 yard field goal and the halftime was 10-0. The Lions would come out and hit for a quick touchdown in the 3rd quarter. Then Felton would throw a dart to Brandon “get er done “ Dowdell for 18yards and a Cougar score, the PAT was good and Cougars led 17-7. Lovett would again find the end zone and pull to within 3 points 17-14. Then they would pull ahead 21-17.

The Cougars in the 4th stanza again got a 19-yard pass to Spivey and the PAT was blocked and the Cougars were clinging to  23-21 slim lead. Lovett got the ball with 5 minutes drove down the field and scored with 3:09 in the game their two-point conversion was good they led 29-23. Here is where the game got fun. Starting at their own 14 yard line Crisp County drove down the field on a series of passes from Felton to an array of Cougars including #12 TJ Ming. Working the clock and the sideline to perfection the Cougars got down to the 14 yard line of Lovett with 33 seconds left Felton hit Quay Walker with a touchdown pass to seal the deal. This win moves Crisp County football into unchartered waters. Never before has a team gone 12-0 in 60 years of Crisp County Football. Every week offers an opportunity for the Cougars to keep marching into history.

“I couldn’t be prouder of these guys they never ever quit, they believe and they keep fighting,” said Shelton Felton the head mentor. “ At times we seemed to have a lot going against us and we made some awful mistakes we will have to correct but I will take the W we earned it.” The Cougars will host Pierce County and the Ex cougar mentor Sean Pender next Friday in the DEN. 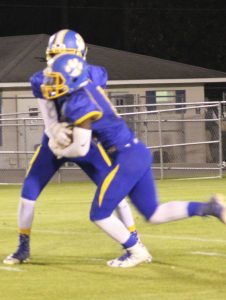 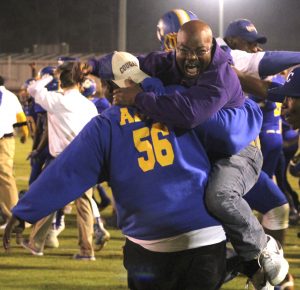 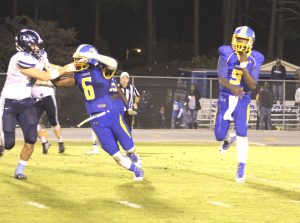 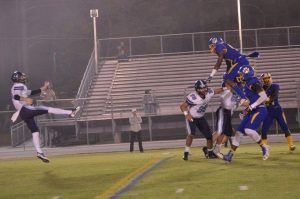