The Lady Cougars got off to a slow start in their home game against the Perry High Panthers, dropping that decision 58-48 on Tuesday. The Cougars got a total of three people in double digits with Chadaya Miller leading the way with 18 followed by Aaliyah Hardemon and Jelissa Reese both with 10 points.  In the mens action the Cougars lost 63-58 after leading at halftime and just like with the wrestling team they are waiting on players still playing football. Leading scorers for the Cougars on Tuesday were Quentavious Dean with 20 points, Shabazz Maddox with 15 and Ijon Owens put in 13 in the losing effort. The Cougars play next in Warner Robins against Houston County on Tuesday the 29th. 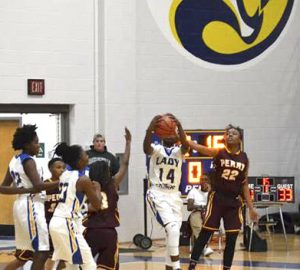 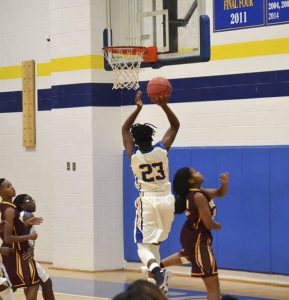