33 years to be exact. That’s along time to wait on a championship.

It’s not that it hasn’t happened before, because it has but it isn’t very often. In December 1983 A young man named Tyrone Adkinson played for a state championship in football. He was on the Phil Jones edition of the Dooly County Bobcats and they were playing West Rome. The Bobcats lost that encounter 35-0 after having gone 14-0 to make it to the finals. That has always been a bitter pill for Tyrone and all his teammates to swallow. For 33 years Tyrone has had to sit by as Dooly County almost made it again and again. Now days Tyrone’s part time passion is officiating high school football on Friday nights. He has worked his way up to crew chief now (white hat) and is considered one of the better officials in Georgia.

His redemption however, came in the form of a son. Tyrese Adkinson #9 the outside linebacker/ cornerback/ safety for the Macon County Bulldogs is Tyrone’s fourth and youngest son. The Macon County Bulldogs won the single A state championship on Saturday at the Georgia Dome by beating McIntosh County 35-0, the same score his father’s team had lost by all those years ago. 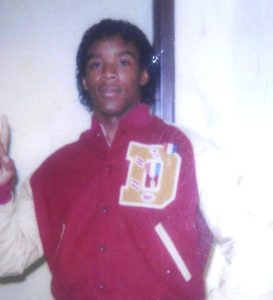 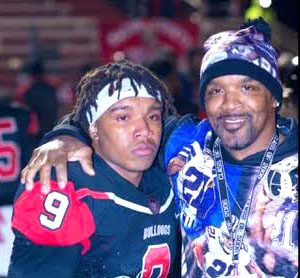