This was the Trojans second meeting with John Hancock and they won it 71 to 39.  They jumped out to an early lead behind the press then backed off to man and zone the rest of the 1st quarter where they lead 30-3 after 1.  “This allowed us to get some valuable court time for our bench and allowed us to try some different combinations of kids on the court, “ said Head Coach Van Bailey. “ We still had a lapse in play during a long stretch in the 3rd quarter and we were only 7-16 from the free throw line.  We have got to correct those problems moving forward.  I hope to work on this during our break. “ The Trojans are back in action on December 29th at home in their Christmas Tournament. Go see them play!!! FA  71   JH  39

“We traveled up to Sparta to take on a very good but like us young team.  We played them at the CFCA tournament earlier winning a close one so we knew once again they would be gunning for us.  I have to tip my hat to them they played a great game especially on defense manning us up the entire game.  We continue to struggle to score and this time it cost us a win.  On a positive note I thought we played great Man Defense to keep them in check but we just could not answer on the offensive side.  We had a chance to get back in the game but went 0-7 from the free throw line in the fourth quarter.  We already struggle to score so we have to take advantage of opportunities like that when they come up.  We have a much needed break coming so we will work to generate some scoring.  JH 38 and Fullington 31 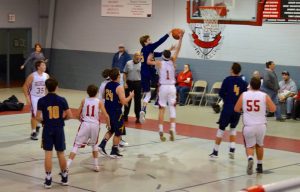 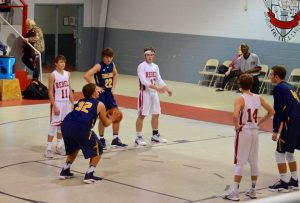 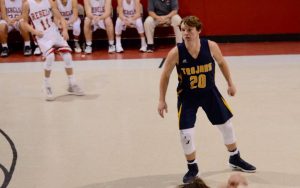