Boy What Is Wrong With You!

When I was coming up, if you hit a girl, it was a bad thing. Today, it is still a very bad thing, but what I want to know is who in the heck do you think you are hitting a woman.

Let’s see there Mr. Hero, she is smaller and weaker than you in some cases and she might also be with child. You think you have a right or whatever that you can beat her up. Over the last ten years or so many athletes have been accused or convicted countless times of striking women. How about Floyd Mayweather, Jr.?  My god, he is a prizefighter and worth hundreds of millions of dollars, and he beats up his wife. Wow! Ray Rice knocked his wife senseless in an elevator a few years back, Barret Robbins, former Center for the Oakland Raiders, punches out two women in a Florida hotel. Matt Barnes of the NBA can only be classified as a serial abuser as he has more than one charge. I ain’t even going in to the ones who killed spouses and or ex’s. Literally, if I were to list the number of men charged and or convicted in just the last ten years for any number of violent offenses against women, you would faint.  Counting Pros and Colleges, the number is off the charts.  One might say it is epidemic.

I am not going to sit here and try and say this just started. Men have been beating women for thousands of years. It is just in the last twenty or so years that punishments have been instituted to fit the crimes. What I really want to know though is what causes it. Some will say men imitate their dads and do as they do. Yeah, maybe sometimes that might be true, but is hardly always true. Others might say that male abusers lack self-esteem and take it out on women. Yeah, well sometimes that might be true as well, but not always. Actually, I can write down two-dozen reasons that the sociologist and other Dr. Eggheads might say causes all this strife and abuse.

But I know why they do it!!! And there is no doubt.

Families, and most especially men, have become ungodly. Let me say that again. Ungodly. That means without God. No teachings of Jesus. He has been removed from homes, schools, and other public places. Good people have stood by and let ignorant and misled people tell them that God is not real and that Jesus was just a man and that there is no salvation. The fault is not the people like Madalyn Murray O’Hair and the countless other atheists in our country, the fault is each and everyone of us that knows better and does nothing but talk.  Yes, less Jesus in the home means more violence from men.  It really is that simple. I’m not a Republican and I certainly ain’t no Democrat.  What I am is a think-for-myself Independent as is the majority of America. Only a few people truly identify as a pure Republican or Democrat. Some may align the liberal and conservative name tag a little more readily. You need to know that not all Republicans are conservatives and not all Democrats are liberals. This is a very complicated country and as far as I am concerned, you are all my people, but if you ain’t got Jesus in you or your home, I will pray for you that he finds you or you find him because the way I see it, he is our only hope. Oh and by the way, men don’t be punching on women, you are a punk if you do. Merry Christmas!!! 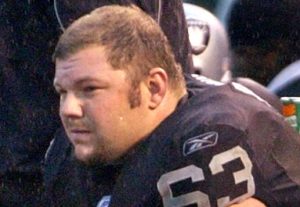 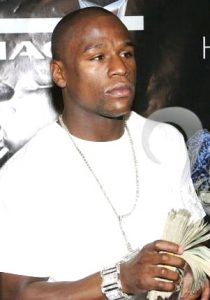