Cougar Grapplers take on everyone

The Crisp County Cougars Wrestling team and their Jv. Team recently competed in a very large tournament in Fitzgerald.  The Varsity Cougars had several guys place in their  respective weight classes and one tournament champion. Montay Glee won the 145lb class. Nakita Jackson was 4th in the 106lbs group as was Dre Porter in the 120lb and Mark Lewis in the 160lb class. “It was a very good outing for us against extremely powerful teams from 7A and 6A schools in the area,” said Head Coach Bill Pitts.

The Junior varsity also made a good showing with three wrestlers finishing 2nd in competition. Latrence Hayes in 126 lb class, Jordan Grinnell in the 152 lb class and Caleb Butterworth in the 285 lb class. The Cougars are looking repeat their Top 8 finish from last year, which was the highest ever for Crisp County. 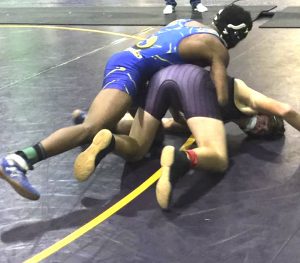 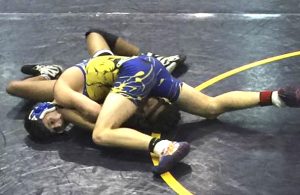