Griffin put on a show

Described by 247 Sports as an” impressive combination of power, quickness and a non-stop motor.” De’Angelo Griffin the Crisp County Cougars rising Junior defensive tackle was also listed as probably the best defensive lineman at the recent Georgia Elite Classic All-Star game in Atlanta. Weighing in at just over 300lbs and standing 6’0 De’Angelo whose nick name on the Cougars is “Puppy” will be anchoring down an awesome defensive line in the fall of 2017. 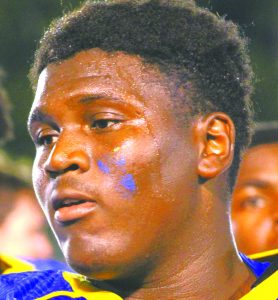 Tide and Tigers in a rematch