The Crisp County Cougars moved themselves into sole possession of third place in the region with 77-70 overtime win over Cook County last Friday night. The boys played  Worth County last night, who was 2 games behind them in region play. Quentavious Dean led the scoring on the night followed closely by Ijon Owens with 22 and 21 points respectively. Also Nook Armstrong pumped in 12 points to add to the Cougar total. On the night Ijon Owens was 3 for 5 from 3 pointer range. Overall the Cougars shot 44% from the field and a very respectable 79% from the line, which they went to 24 times. On defense the Cougars got some boards production out of Junior Quay Walker who snatched down 10 rebounds and blocked one shot. The Cats had 36 rebounds, 20 assists, 11 steals and 17 Turnovers. The Cougars now stand at 10-11 and 3-2 in region play with 3 region games remaining in the region.

The lady cats struggled most of the evening and never led. Chadaya Miller led the scoring with 24 points followed by Riley Blampied with 7. The ladies shot 25% from the field and 50 % from the line. The Cougarettes did manage 44 rebounds and 12 steals but the over all-shooting was a factor. The ladies drop to 2 and 19 and 0 for 5 in the region. 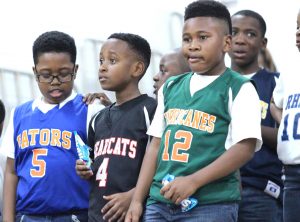 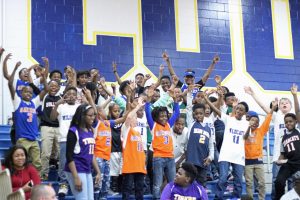