The Crisp academy Lady Wildcats have made trips to the final four 6 out of the last 7 years and the elite eight 7 out of the last 7 years. They also have4 state titles in a row and two state runner ups as well. Also the Wildcats won their 7th straight region title this year. So one might say that anything short of a state title is a disappointment at Crisp Academy. Well maybe yeah just a little but truth is they win so much so often it is the norm at Wildcat land. The lady cats dropped 53 to 28 decisions to a very good Brentwood School team. What hurts is that the girls kind of shot themselves in the foot with turnovers in the first half. The 14 turnovers resulted in 20 points in the first half verses 7 turnovers and 3 points off that in the second half. So all in all 23 points off turnovers. “ We didn’t handle the press they put on us very well at all,” said Gina Mitchell the head coach. Once a good team like Brentwood gets you down it is very hard to come back when you have that kind of turnover ratio. “ Also we only pulled down 21 rebounds in the game, so that cost us as well,” Mitchell elaborated. The ladies were led on offense by Sydney Wells and Claire McGarr who both had 13 points. The Cats also finished with yet another 20 win season going 20-10 on the year. Brentwood will face Westwood for the state title on Saturday. Westwood is whom the CA Wildcats defeated for the region championship. 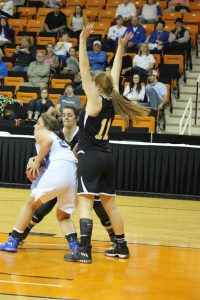 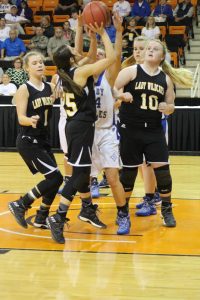 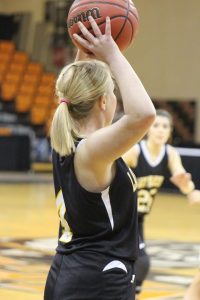 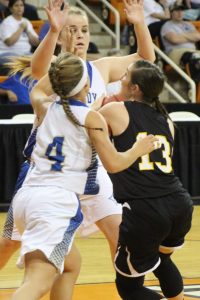