The Crisp Academy Wildcats dropped their playoff series to the Piedmont Cougars. A true AA team Piedmont was the 3 time defending Double A state champs. Game one was a 7-6  Eleven-inning war to the Cougars and game two was 14-0 decision for the home team. The Wildcats finished up the year with a 7-7 record. In game one action the Big Cats put William Bodrey on the mound. Bodrey scattered 7 hits and 1 walk over 5 innings with 4 strikeouts. Next up Griffin Gravitt went 2 innings giving up 1 run and Devin Howard pitched 2 as well giving no runs no hits. Garret Holt came in to pitch the last two and gave up one run. The pure intestinal fortitude of the Wildcats team was put to the test Friday night up in Monticello. The Big Cats answered that call in astonishing fashion. Down 6-2 in the top half of the 7th inning with one out. The cats made their awesome comeback with clutch hits and before you knew it they were sitting with runners in scoring position and up to bat comes an eighth grader named Baylor Pless. The youngster proceeds to smash a gapper and now the score is tied at 6-6. The Wildcats and the Cougars battled for 4 more extra innings before the Cougars were able to push across a run in the bottom of the 11th. In the game Bodrey had two big hits with a double and a homerun. Pless managed 2 hits and Aaron Titshaw got one hit and 3 walks. William Purvis who has been jokingly called the human piñatas all year by family and friends at the Wildcats Park was again plunked by a baseball. Three times in one game to be exact. This brought his yearly total to 14. Purvis has averaged getting hit by a pitch once every game this year.” I am absolutely thrilled with the effort displayed by these guys, they played phenomenal all game,” said Head Coach Chuck Hester. In the second game after along trip and an even longer first game full of emotional swings the Cats were spent and fell easily 14-0 in the second contest. It was an astonishing year for the Cats.       “ What a super group of seniors we had and I will miss them next year for certain,” added Hester. 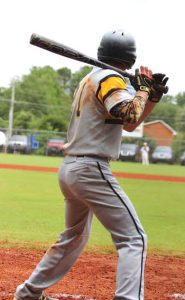 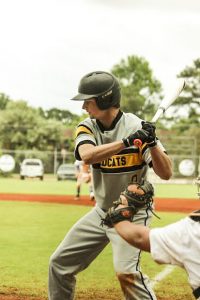 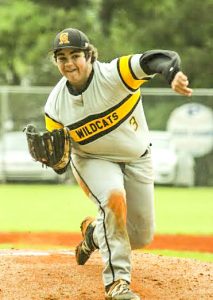 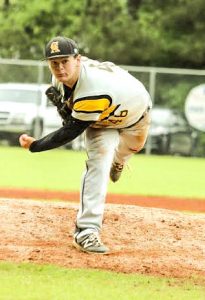 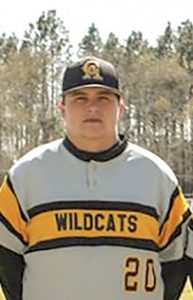