Louis was a graduate of Cordele High School & Georgia Tech.  He served in the United States Navy during World War II as a radio technician on the Island of Guam.  After completing his service in the Navy and graduating  from  Georgia Tech, Louis entered the family retail business, The Fair Store alongside his parents & siblings in Cordele, Ga.   Louis later became involved in numerous  other business pursuits including other retail operations, shopping center & commercial real estate development, hotel ownership & other various business ventures.  Louis was the consummate entrepreneur.

Louis served multiple terms as President of The Fitzgerald Hebrew Congregation, The Cordele Chamber of Commerce, who honored him by naming him as its Citizen of the Year in 2010. He was active with the American Cancer Society, the Cordele Lions Club and served on various bank boards. He was also a Freemason.

Louis was an avid golfer & fisherman but most of all loved spending time with his family & friends (including his 4 legged friends.)

Graveside services will be held  at 11:30 am on Wednesday, May 17th in the Fitzgerald Hebrew Congregation section of Evergreen Cemetery in Fitzgerald, Ga. Rabbi Joshua Heller will officiate.

In lieu of flowers, donations can be made to The Fitzgerald Hebrew Congregation ( c/o Phil Perlis 346 Main S. Main Street   Tifton, Ga.  31794) or a charity of one’s choice.

Paulk Funeral Home, Fitzgerald, is in charge of arrangements. 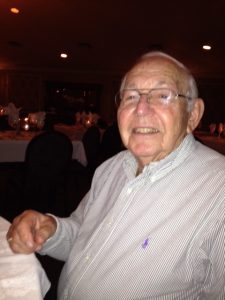