Remember  the movie “Jumping Jack Flash”. Did you ever remember this secret code and wonder what it meant. Well “the dogs barking” are the enemy or “ bad guys” “can’t fly without umbrella” means I can’t escape without a cover. The 30 year old mystery is now solved.

Except now I am talking about them Georgia Bulldogs. The most beloved and hated team in America. If you are a member of the Bulldog nation, which the head count is about 12 million, then the answer is LOVE!!! Sweet LOVE!!!! If you are not in love with the dogs and you live in Georgia then you hate them! This is what I have found to be factual. The DAWGS need a cover story  or they are  not going to fly this year without it, HUH ? what does that mean ? Well Georgia has been so “Press” pumped during the off season they have to perform. The dogs are the people and they will be barking unless they can come up with a ”cover” story. Let us go back to late November 2015. Mark Richt’s “Dawgs” beat Ga. Tech and he is fired the next day.  Now most could see it coming since the day McGarity arrived as the new Athletic Director. The man was gunning for Richt he is a dismantler of great programs. First of all he had been living at “booger eater university” in Gainesville, Fla. since 1992. Yet we hired him anyway. Then of course just look at Georgia’s records since he arrived. Baseball 180-224-1 (losing), basketball 131-101 ( no titles). Ladies Basketball was always a national powerhouse since the arrival of Andy Landers but I am sure they will now be affected. I can go on and on but suffice to say the university’s overall athletic programs win-loss records and accomplishments have diminished.

Well McGarity’s  new hire Kirby Smart is now headed to his second year with a boat load of high recruits. Georgia also has  a  rather easy schedule as far  as playing in the SEC can grant you. Opening with App. State is scary, the giant killers  will be ready. A trip to South Bend  against a 4-8 Notre Dame shouldn’t be that big a deal. Then home against cup cake Samford. You see if Georgia loses to any of the first three teams or plays very poorly they will have no cover story to hang over them the rest of the year. Remember last year when they nearly lost to Nichols State. Smart and his entourage of “Kirby babies” will have no where to hide if they slip early. The dogs of the Bulldog nation will be barking and he will not be able to fly without a cover story.. Ok if Easom,and new QB Fromme along with Chubb, Sony Michel and maybe three or more starters get hurt for significant amount of time then he has a cover. Other than that it will be welcome to the “hot seat” and you to McGarity. Honestly Georgia should go at least 11-1 in regular season anything short of that is a failure. I don’t expect them to win SEC but they should get to Atlanta. As for the man they kicked to the curb don’t get shocked if he takes them to the promise land and a national title shot. Miami only has two games that I see as real tough, a trip to Florida State and a trip to North Carolina. The mighty Seminoles are in the Atlantic Division with Clemson and Loiusville. All that Miami has to contend with is the Tar Heels. If the Hurricanes could get past one of them 3 in the ACC championship they would have a real shot at the playoffs. Easy peasy right? 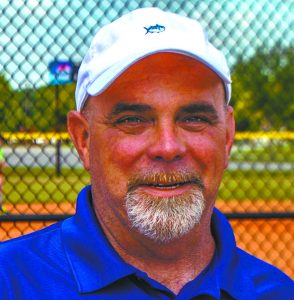 GHSA just hung themselves And it will be a…