Harber picked to lead Cougars in 2017

Ever since he first started coaching some 24 years ago Brad Harber has always dreamed of a perfect job. On Tuesday afternoon he got some big news, life changing in fact. With the departure of Cougar Head Football Coach Shelton Felton a huge vacuum was created. The Superintendent Dr. David Mims, Principal Dr. Rusty Souter and the board of education handed him the reigns of the Crisp County football team.

“It is an honor to be chosen and I intend to earn it,” said new Head Cougar Brad Harber. “ I have really big shoes to fill as Coach Felton has left this program in excellent condition and I am super excited about this opportunity,” Harber added.

Harber said, he didn’t plan on making any changes to the program. The staff would all retain their respective jobs they were doing. He felt as though Felton had built a solid program and he felt like the kids would make this transition well. Harber and the rest of the staff were already busy getting the summer workouts underway. One of the main things that Coach Felton had always worked on was making sure that his team was in the best shape possible. Coach Harber echoed those sentiments as he has spent many years as a strength and conditioning coach. “We are going to be in top shape.” The Cougars will need to find a replacement for Harbers slot on offense, but as of right now they are on their way.

Harber spent 19 of 24 years as an offensive coordinator, 5 years as an Athletic Director, a head baseball coach and a strength and conditioning coach. Though Harber is well traveled in his career he spent time at Dublin, Appling County, Hart Co. and also 1 year with former Cougar Head Coach Clay Hill at Metter. Coach Harber graduated from Ga. Southern University and is married to the former Maria Woods of Hawkinsville. Together he and his wife have 6 daughters. Coach Harber wanted to make it clear that he fully intended to finish out his career here in Crisp County. The Cougars open up with their regular season on August 18th at Dooly County in Vienna. “ Go Cougars”. Once a Cougar always a Cougar!!! 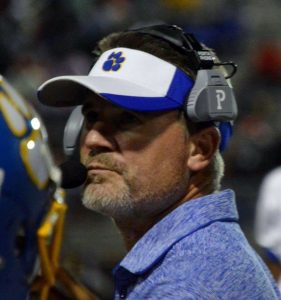 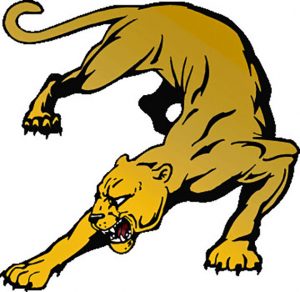