Taylor Walls the all American star shortstop for the Florida State Seminoles is waiting on the Major Leagues to draft him. Walls the Seminoles lead off hitter, who last year hit .355 and had an outstanding on base percentage of .479. Saw his numbers dip some in his junior year. Through it all Walls has been solid at Shortstop and should see his draft status in the 2017 selection towards the top. On Sunday Walls led the Seminoles to the College World Series for the first time since 2012. He went an astounding 3 for 3 with 4 walks, 4 RBI’s, 5 runs scored and two homeruns one from each side of the plate and one was an opposite field homerun. For his efforts Walls was named MVP for the series against Sam Houston. Walls also was chosen as Perfect Game Player of the Week. The Seminoles obliterated Sam Houston 19-0 to advance. 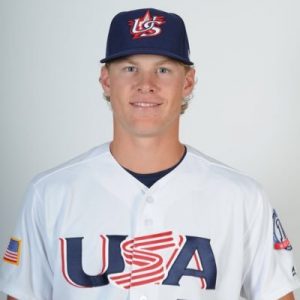