To the good people of Crisp County. With the recent departure of Shelton Felton to the college ranks, a vacuum was created in our football program. The administration and the board of education of Crisp County had to move quickly to fill these gaps. What couldn’t have been foreseen was the loss of our new offensive coordinator and our old defensive coordinator. Unfortunately there will always be bumps in the road during a transition.

After a good long discussion with the two men picked by Head Coach Brad Harber to fill those slots, I feel really good. I have spent a lifetime devoted to football and baseball and I know the games!!! I know what it takes to win and I can tell you if you are going to win or lose. These two men Don Vandy-Griff on defense and everyone calls him Vandy and Jim Avera on offense know their stuff. Match them with the staff we already have and the great hard working dedicated players we got coming back and the future of the Crisp County Cougars can be summed up in one word, WINNERS!!!!! Move over Valdosta a new title town USA is emerging. Coach Avera hails from the land of the Purple Hurricanes, Fitzgerald for all of you who don’t follow football. He will be starting his 27th year in coaching having just departed Fitzgerald High. He spent 18 years at Appling County as an Offensive and a defensive coordinator and other stints with Liberty County, Effingham, Wayne and Fitzgerald in the beginning. Avera graduated from Georgia Southern University has 6 kids ranging in ages from 6 to 25. Avera enjoys sports and time with his kids. Avera brings with him a winning attitude having coached at some highly successful programs and having been mentored by some very successful coaches such as Bob Griffith. “ I am thrilled to be here with Coach Harber and this great group of kids, I can’t wait to get started,” said Coach Avera.

On the defensive side of the ball Don Vandy-Griff known to everyone as “Vandy” also has an extensive and impressive resume as well. Vandy graduated from Union College in Kentucky where he was a two-time all-conference 1st team selection on the defensive line. Vandy did his grad assistant work at Eastern Kentucky. He went onto coach at Dennison University in Ohio, and at Concord College in West Virginia as a defensive coordinator. Vandy most recently was the DC at Lincoln High School in Tallahassee, Fla and before that was DC in Thomasville. He spent 7 years at Dublin where he was the defensive coordinator on a state championship team and a state runner up team and during this run he had a season where they pitched nine shutouts in one season. Vandy also had a tour at Lake Gibson High School in Florida as their DC on a state runner up team. Vandy enjoys sports, playing golf and the water, so he should love Lake Blackshear. In his journey in coaching Vandy has worked with and for some very successful coaches and he feels he has learned structure and standards. Keith DeMeyer, Roger Holmes and Leroy Ryless are just a few whom he has worked with. Vandy said, “ I am proud to be here and of the road I have been down getting here. To work with Brad at a place like Crisp County is an exciting opportunity for me and I am ready for the challenge.”

So there you have it Cougar fans, we lost some high quality coaches and we got some high quality in their place. As I have said before, life is always in motion, times change, situations change. I firmly believe we can and should embrace the change and move forward to the 2017 football season. My prediction is we are going to have a swarming shut down defense and we may need a new scoreboard at the end of the year when they “bust” the one we have. “It’s great to be a Cougar on Friday night.” Go Cougars!!!!!!! 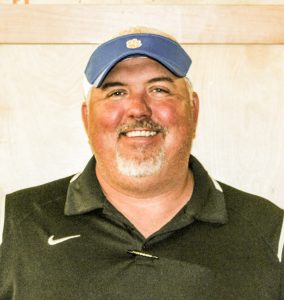 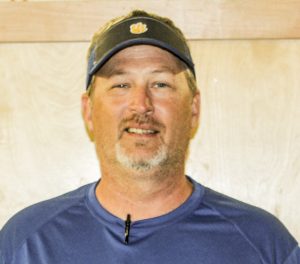 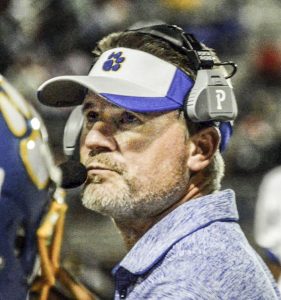