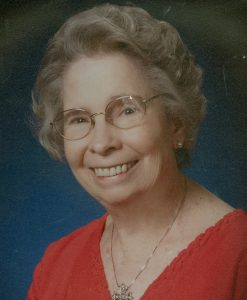 Warner Robins, GA – After a lengthy battle with Alzheimer’s disease, Lois Turner passed away on July 3, 2017 at Church Home Rehabilitation and Healthcare. She was 87 years old. Ms. Turner was born in Cordele to the late Johnnie R. and Martha Jane Smith Ham. In addition to her parents, she was preceded in death by her husband, Charles T. Turner, Sr. and her sister, Janice H. West. She was retired from Hughes Aircraft. Ms. Turner was a member of Trinity United Methodist Church and the Asbury Sunday School class. She was a former member of the Pilot Club of Warner Robins, where she served as a President in 1974-1975. Ms. Turner enjoyed playing Bridge, cross stitch, needlepoint, sewing and crocheting but her greatest love was her family. Her grandchildren and later her great-grandchildren brought her much happiness. She is survived by her daughter, Janis Parris McNeal (Don) of Warner Robins; grandchildren, Bobby Archer and Melissa (Michael) Hart of Warner Robins; great-grandchildren, Aiden Archer, Charlie Sanders and Bishop Hart of Warner Robins and nephew, John B. West of Cordele. Burial will be private at Sunnyside Cemetery in Cordele.