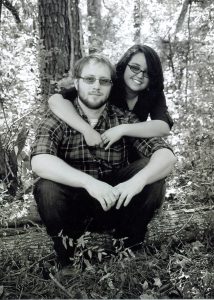 Chris and Vivian Wigley of Dallas, GA announce the engagement and forthcoming marriage of their daughter Heidi Wigley.

The bride-elect is the granddaughter of the late Terrell Wigley and Myrtle Wigley of Dallas, GA and the late Francisco de la Cruz and Araceli de la Cruz of Leyte, Philippines.

Ms. Wigley graduated from Valdosta High School and received her BA in Biology and minor in deaf studies from Valdosta State University. She is presently working towards a second BA in Psychology with a minor in English.

She is currently employed with Murphy Express in Valdosta as an assistant manager.

The future groom is the son of Rusty and Maribeth Slade of Cordele and John L. Kristen Stokes of Cordele.

Mr. Stokes is the grandson of Joey and Janet James of Warwick and Dewey and Linda Mitchell of Cordele and the late John W. Stokes. He is also the great-grandson of Juanita Pitts of Pitts, GA.