Local Softballer shows out in Orlando

This past week was a very big deal for local softball hurler Reagan Bozeman. A member of the Class A Ga. Girls based out of Warner Robins, Reagan led the team to a big win. Going 3-0 in the USAAA World Series Open Division in Orlando, Fla. Reagan also had 16 strikeouts, 3 complete games pitched gave up only 3 runs and played third base as well. Oh and Reagan also won the Best Defensive Award for the tournament. The Ga. Girls went 7-0 in the tournament and played teams from Michigan, Florida, South Carolina and Mississippi. The Future of Lady Cougar softball looks promising. 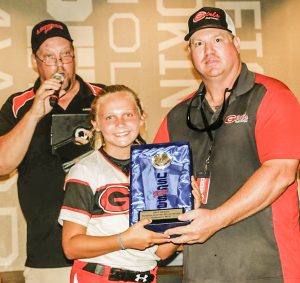 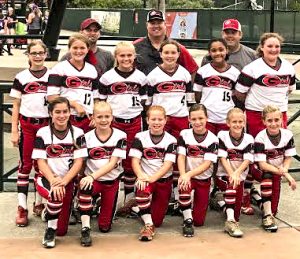 Coaches get a belly full