Some folks just don’t get it !!

For all of the 2016 NFL season, I and millions of other football fans had to sit and endure the endless charade of Colin Kaepernick kneeling in disrespect for the nation. I had to read about how I was not being fair to his feelings and how he had a right to do this. No one ever said he didn’t have a right to not stand for the national anthem. Of course he had that right because of the millions that died to give him that right. Colin said he was oppressed! WOW! No Colin what you were, was gainfully employed by San Francisco (the most liberal city in America) 49ers as a quarterback making a base salary of 11.9 million dollars for that year. He was being paid an exuberant amount of money to play football and not give out political opinions. Instead he felt that just like all the stars in Hollywood that the majority of America cared about his opinion. They don’t care what a young 2nd string UN appreciative little quarterback wants or his views. The owners of the rest of the teams have supposedly blackballed him because he is a troublemaker and draws UN wanted attention to himself and away from their teams. How dare they!!! Look after their billion-dollar investment of a football franchise rather than not hire him. I read this week someone somewhere said that Colin is better than Ryan Fitzpatrick in New York. I would have to agree. Heck I think I might be better than Fitzpatrick. Colin however, is a cause for lost revenue. Besides an embarrassment to any team he is on, his parents and of course the USA in general.

Now I believe in 2nd chances no one is perfect and we all make mistakes. If he would simply give a heartfelt apology to all the American people for his actions concerning our national song and symbol. If he will say that he was wrong to kneel during the national anthem and he is a citizen of this country. If he will ask forgiveness for the men and women in uniform that he just blatantly spit on with his actions. Then I say forgive and move on and let the Jets take him they need help. If not then you can go right on with your little pity party all you want too. Only a fool would hire you with all that garbage in your head and heart. Again many many of us feel you owe America an apology especially our military. As does several more NFL players. Go ahead I will wait. As always I welcome your comments. 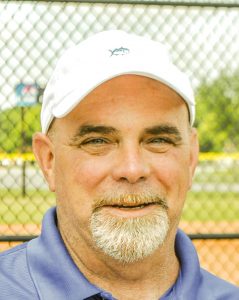