Well I won’t waste no time. Ms. Coach says this weekend is going to be exciting. In High school action she says that Turner County who beat Worth County in Sylvester this past weekend ain’t going to get that warm of a reception in Cougar Den. She says look for the Cougars to put up a lot of points. Ms. Calls it Cougars 48 Turner 6. She looked deep in to her crystal ball and says Wilcox will get the W in Hawkinsville by a score of 38 to 28. When asking about Crisp Academy she just gave them the win and a lot of points scored. Fullington is hosting Griffin Christian a much better team than the first 3. She sees the Trojans coming out on top. The game to watch is Dooly @ Americus. The Bobcats are 0-2 with losses to Crisp and defending state champs Macon County. However, the Bobcats have a good team and put a lot of points on the board against Macon County. Last year they should have beat Americus and this year is hard to see, but Ms. Coach says hold everything. Americus will be reeling from an extremely emotional loss to Crisp and Dooly even though they are a single A and Americus is a ranked AAAA team has loads of talent and some good coaching. In a battle Dooly pulls the upset in Americus and escapes with a 1-point win. Neither team does very well in the extra point department but this time around it will make a difference. On the collegiate schedule Ms. Coach likes Ohio State over Indiana, Texas over Maryland, Georgia over App. State, Auburn easily over Ga. Southern , Tennessee edges out Ga. Tech, Michigan over Florida, Notre Dame

over Temple in a who cares anyway game, USC in another who cares game over Western Michigan, and North Carolina eases past California. In the biggest game of the year quite literally Alabama and FSU. Tradition says BAMA wins this first game all the time and they are naturally favored but FSU is going to be pretty good. However, a war is what you should expect. Nick Saban doesn’t lose two games in a row especially to the ACC.  BAMA’s last game was o loss to Clemson for National title, with the pride of the SEC at stake BAMA wins by 2 points, but FSU is far from finished. 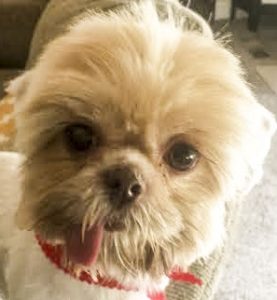