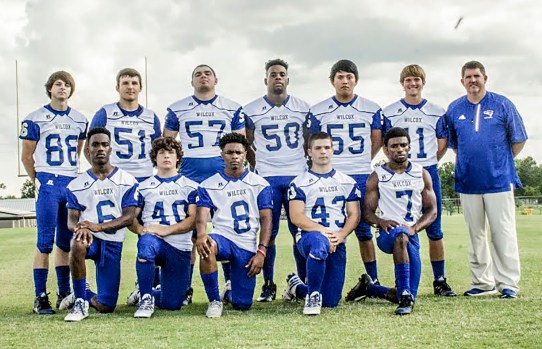 Cordele — Move over Thursday Night Football on CBS, Wilcox County will taking the field on October 5 in a makeup against Lanier County.

The game initially was scheduled for last Friday, but due to the lack of power in Rochelle because of Hurricane Irma it was called off.

Head Coach Mark Ledford said last week was difficult, with the damage in the area practicing and locating players was difficult.

Wilcox County sits at 1-2 on the season, but because of how the single-A division works, they are helped by the tough scheduled they have played. The top 24 teams will make the state playoffs, Wilcox currently is No. 25.

“If we win it’s huge for us because it gives us a big jump. The better teams you play, the better you’re going to be in the power rankings,” Ledford said.

Coming into this game against a good team, Ledford plans on keeping it simple and not trying to beat themselves.

“We’re just going to play to what our strengths are. We think there are some things we can do that will be successful against them, it’ll just come down to execution,” Ledford said.

Clinch County’s big time player, Trezman Marshall is out with a shoulder injury. Marshall is rated by most recruiting services as a top 100 player in the county and a consensus four star prospect.

“You feel like if he’s not in there you have a better chance,” Ledford said. “Watching film yesterday our kids felt like they have a chance to make something happen.”

The defensive unit will play a big factor in whether or not Wilcox County pulls off the upset.

Ensuring that big plays are not given up and taking advantage of the opportunity to make an impact play are two aspects the team is focused on.