CORDELE- The Crisp Academy basketball teams both picked up wins on Saturday night when they hosted Westfield.

The Lady Hornets then outscored Crisp Academy 15-7 in the second quarter. Maddie Milani, Claire McGarr and Kaylee Moore each scored in the quarter to keep the Lady Wildcats in the lead 24-21 going into halftime.

Westfield took the lead in a low scoring third quarter by outscoring Crisp Academy 7-3. The Lady Hornets had a one-point lead at 28-27 entering the fourth quarter.

Crisp Academy went back ahead 30-28 early in the fourth quarter with free throws from Ava Pless and Claire McGarr. Westfield tied the score at 30 apiece with just over four minutes to play in the game.

Crisp Academy then added to their lead, as they outscored Westfield 15-9 in the second quarter. Ravi Patel and Griffin Gravitt each scored six points in the quarter, and Billy Hardin hit a three late in the quarter to help the Wildcats take a 30-22 lead into the third quarter.

Westfiled scored the first four points of the third quarter to cut the Crisp Academy lead in half, but the Wildcats countered with a 12-4 scoring run with scores by Bobby Ray Mitchell, Ravi Patel, and Nathan Willis. The Wildcats led by 12 points late in the quarter, but a three-pointer by the Hornets cut the lead to nine. Crisp Academy led by a score of 48-39 at the end of the third quarter.

The Wildcats then used a13-4 scoring run to go up by 18 points about halfway through the fourth quarter. Westfield made a late run to cut the Wildcat lead down to nine points, but that was as close as they would get, as Crisp Academy won by a final score of 64-53.

Ravi Patel finished as the leading scorer for the Wildcats with 19 points. Bobby Ray Mitchell was next with 16, Griffin Gravitt tacked on 13 points, and Nathan Willis also finished in double figures with 10 points. The Wildcats have now won seven games in a row, and they now have an overall record of 8-1. 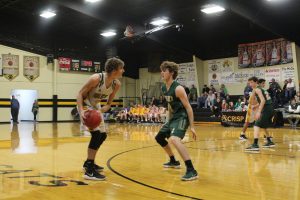 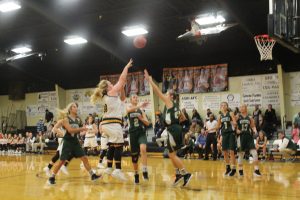