Deacon Alvie Coes, Jr., age 70, of Unadilla, GA, entered into eternal rest on Monday, December 11th 2017 surrounded by his family at the Crisp Regional Medical Center in Cordele, GA. He is preceded in death by his parents, Dea. Alvie Coes, Jr. and Sis. Fannie Mae Bryant Coes; his wife Elizabeth Coes; a sister, Geraldyne Coes; and a brother, Rodney Brimberry.

Dea. Coes was born on June 9th 1947 in Orlando, FL. At an early age he attended Lebannah Baptist Church School and was a 1965 graduate from Vienna High and Industrial School. He furthered his education by receiving his associate’s degree in mortuary science from John A. Gupton College in Nashville, TN in 1967. Dea. Coes was drafted and served in the United States Army during the Vietnam War and was honorably discharged from the United States National Guard in 1979.

Dea. Coes worked for 17 years for the Norfolk Southern Railroad Company after returning to Macon. After moving to Jeffersonville, GA, Dea. Coes and Sis. Elizabeth Coes co-founded and operated the Community Funeral Chapel in Jeffersonville. In 1983 they moved to Unadilla, GA where they established and operated Alvie Coes Funeral Home which has been a staple in the Dooly County community for the last 34 years. Dea. Coes was a dedicated and faithful member of the Pleasant Valley Baptist Church where he served in multiple capacities and most recently served as chairman of the deacon board. Thoroughly immersed in the Dooly County Community, Dea. Coes served in various organizations including the Dooly County NAACP, the Unadilla Lions Club, The American Cancer Society, The Roger Kingdom Foundation, The Focus on Men’s Health Program, and the Georgia Funeral Services Practitioners Association where he was recognized as the “Mortician of the Year in 1990”. He was a strong advocate for Dooly County Schools and served on the board of education from 1993-2002.

In lieu of flowers, please send donations to the Coes Family Scholarship at PO Box 124, Vienna, GA, 31092. Final rites have been entrusted to Alvie Coes Funeral Home Unadilla with the assistance of the Gardenview Funeral Chapel (Athens). 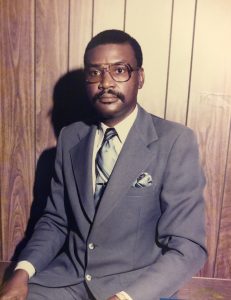