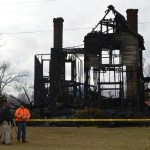 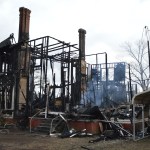 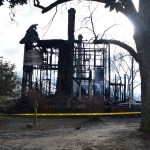 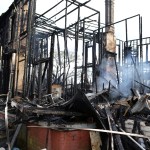 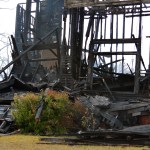 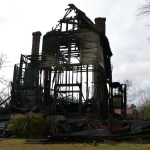 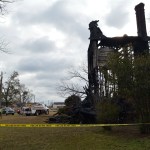 On Tuesday, December 26 Unadilla Fire Rescue got a call at 7:49 p.m. that the Harman House located at 959 W Railroad St. was on fire. No one was at the home at the time of the fire, and there were no injuries. The homeowner, Bobby Harman had left the house to get something to eat and found the kitchen on fire upon returning. By the time Unadilla Fire Rescue arrived on the scene, the house was fully engulfed in flames. It’s unknown how the fire started and is still under investigation. The fire was contained by around 9 p.m., Tuesday. Fire fighters stayed until after midnight and arrived back at the scene the next morning at around 6:15.

There was little damage to other structures on the property like the car port which was directly behind the house.

The house was built in 1896 and had been in the Harman family since the early 1910s. The house has been a well-known landmark in Unadilla.

For now, Bobby Harman is staying with friends nearby and a fundraiser has been started to help get Harman back on his feet. The fundraiser can be found by clicking the link below: