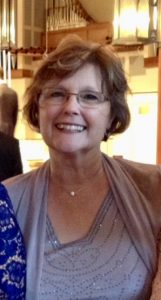 Mrs. Cheryl Blizzard, age 61, of Montezuma, Georgia passed away on Monday, December 25, 2017 at her residence.

She was born on February 6, 1956 in Vienna, Georgia to the Thera Kelly Head and the late Allen Head, Jr.

Mrs. Cheryl was a very faithful and devoted member of Oglethorpe Baptist Church. She was employed for over twenty-six years as an Office Manager with General Loan & Finance in Montezuma, Georgia.

Friends may express condolences to the family and sign the online guestbook at www.watsonmathewsfuneralhome.com

Watson-Mathews Funeral Home in Montezuma, Georgia has been entrusted with the arrangements.