Crisp County had several different players and coaches participating in all-star games over the Christmas break.

Juniors Jammie Robinson and Ahdarrious Gee played in the Rising Senior all-star game for Team Commitment in Macon at Mercer University on Saturday. Robinson finished the game with four rushes for 18 yards offensively, and he added four total tackles on the defensive side of the ball. Gee finished the game with three tackles and a sack. Team Dedication defeated Team Commitment 31-14 in the game.

Coach Brad Harber coached the offensive line for the South team in the North South Senior all-star game on Saturday in Warner Robins. The North team came out on top in the contest.

Underclassmen Chris Paul, Colton Oliver and Kamron Moate were selected to compete in the sophomore and freshman games. The games took place on Thursday in Powder Springs, Georgia. Chris Paul finished the freshman game with eight total tackles, while Moate had three total tackles, and he also sacked the opposing quarterback once. Their team, Freshman National, defeated Team Freshman American 31-21.

Colton Oliver played in the sophomore game on the offensive line and his solid blocking helped his offense put up some big yardage and points on their way to a 38-35 win.

Quay Walker will play in the Under Armor All-American game on Thursday in Orlando, Florida. TJ Ming, Adam Posey, and Rakim Hardrick will play in the border war game against a North Carolina all-star team in Tennessee later this month. 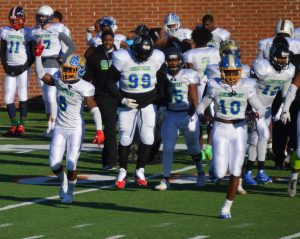 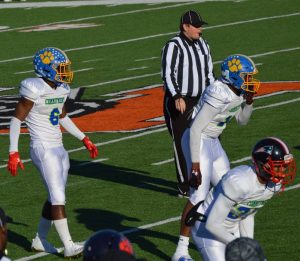 Robinson and Gee on defense. 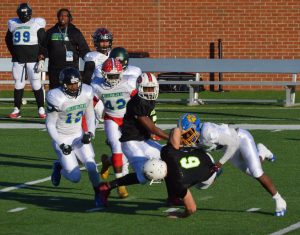 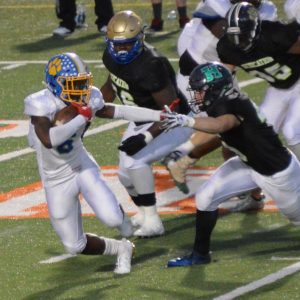 Jammie Robinson running past the defense.