ASHBURN- The Crisp County basketball teams finished up a very successful weekend at the Turner County Christmas tournament with wins on Friday and Saturday. The Lady Cougars knocked off Turner County Friday night, while the Cougars picked up a win over Turner Friday night, and also defeated Clinch County on Saturday.

The Lady Cougars jumped out to a 10-1 lead early in the first quarter versus Turner County. Chadaya Miller scored 10 points in the quarter to lead Crisp to a 17-11 advantage at the end of the quarter.

The Lady Cougars added to their lead in the second quarter by outscoring the Lady Rebels 22-14. Jelissa Reese and Chadaya Miller scored seven points apiece in the quarter, while Alexis Henderson and Diamond King each added four points. The Lady Cougars entered the halftime break leading 39-25.

The Lady Cougars pulled away further in the third quarter with three-pointers from Jelissa Reese and Aaliyah Hardemon. Reese and Diamond King combined for 13 points in the quarter. Crisp County led 55-33 at the end of the third quarter.

The Crisp boys used some great defense to get out to an early lead over the Rebels. The Cougars held Turner to just four points in the first quarter, while Malik Hall, RJ Chambliss, Alex Harvey, KJ Williams and PJ Coleman all scored in the quarter to give Crisp a 14-4 lead entering the second.

The Cougars kept up the strong defense in the second quarter as they outscored the Rebels 16-9. PJ Coleman and Malik Hall each scored five points in the quarter to help the Cougars to a 30-13 lead at halftime.

The Rebels made a big run in the third quarter to cut into the Crisp County lead. Demarcus Barnes scored 10 points in the quarter to help get Turner back into the game. The Cougars maintained a 37-35 lead going into the fourth quarter.

Turner County tied the score early in the fourth quarter on a basket from Kemone Knight, but KJ Williams responded with a crucial three-pointer to put Crisp County back in front. Trey Griffin and RJ Chambliss subsequently extended the Cougar lead with several big free throws. Williams and Alex Harvey scored shortly after to help Crisp County put the game out of reach, as the Cougars won by a final score of 51-44.

Williams led the Cougars with 13 points and Malik Hall finished with 11. Alex Harvey helped out with nine points, and PJ Coleman pitched in with eight points. Demarcus Barnes led the Rebels with 14 points in the game.

The Cougars finished up play in the tournament by defeating Clinch County 71-70 on Saturday afternoon.

The Crisp County basketball teams will get region play underway on Friday night when they host Cook County. 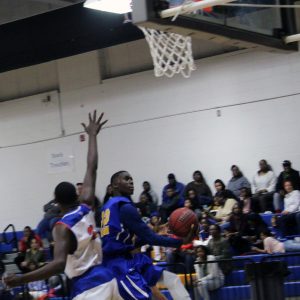 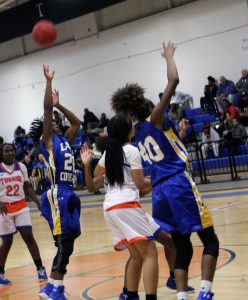