VIENNA- The Dooly County basketball teams hosted the Wilcox County teams for important games in the GHSA single-A playoff standings on Tuesday night. The Lady Patriots defeated the Lady Bobcats in the girls’ game, while the Bobcats were just able to hold on for the win over the Patriots in an exciting contest.

The Lady Patriots jumped out to an 11-2 lead with scores from LeAunna Mahogney, Trajata Colbert and JaMerical Marshall. Ta’kerria Lee knocked down a three-pointer shortly after to pull Dooly within six points, but the Lady Patriots finished the quarter with a 10-1 scoring run with buckets from Colbert, Marshall, Mahogney and Alayshia Dixon. The Lady Patriots led 21-6 at the end of the first quarter.

Dooly County outscored Wilcox 13-11 in the third quarter to cut into the lead a bit more. Lee scored eight points for the Lady Bobcats in the quarter, and Jaliesha Wiggins scored the other five. Marshall scored seven of the 11 Wilcox County points in the quarter, while Asia Montgomery and Alayshia Dixon scored a bucket each. Wilcox County led 37-33 at the end of the third period.

The Lady Patriots opened up the final quarter with an 11-5 scoring run that put them up 48-38 with about two minutes remaining in the game. The Lady Bobcats scored a couple of baskets late in the game to bring the score closer, but Wilcox County held on for the win by a final score of 48-43.

The boys’ game was a fast-paced, back-and-forth contest throughout. Keyshawn Howard opened the game with a three-point shot for Wilcox that was quickly matched by a three by Dooly’s Shamon Zanders. The teams traded small scoring runs throughout a high scoring first quarter, until Zanders made a layup at the buzzer to put Dooly in front 25-24 going into the second quarter. Jarquavius Brown scored eight of Dooly’s 25 points in the quarter, and Desmond Tisdol matched him by scoring eight of the 24 Wilcox County points.

The Bobcats began to pull away in the second quarter as they outscored the Patriots 17-9 in the period. Zeff Felton led the charge for the Bobcats in the quarter with 12 points. Tisdol, Demetric Young, Azavion Deans, and Jordan Brown all scored in the quarter for the Patriots. Dooly County led 42-33 at the end of the quarter.

Jarquavius Brown opened up the third period with a score to put the Bobcats ahead 44-33, but Keyshawn Howard and Desmond Tisdol combined for a 10-0 scoring run to get the Patriots within one point of the lead about halfway through the third quarter.

Brown, Bo Lawson, Rashad Lucas, and Travis Glover were all involved in the third quarter scoring for Dooly, as they got their lead back up to seven points late in the period. Azavion Deans scored for Wilcox County at the buzzer to bring the score to 62-57 in favor of Dooly County entering the fourth quarter.

Tisdol scored for the Patriots to start the fourth quarter, and Cameron Patterson followed up with a score for Wilcox to bring the Dooly lead back down to 62-61. A Zeff Felton layup put the Bobcats back ahead by three points, but Jordan Brown knocked down a three-pointer that tied the score at 64 at the 5:45 mark in the quarter.

The teams swapped scores for the next couple of minutes, and Tisdol put the Patriots ahead 72-70 with a bucket just before the three-minute mark of the fourth quarter.

Bo Lawson answered with a three-pointer shortly after to pull Dooly back in front by one. Jarquavius Brown got the ball after a steal just a few seconds later and dunked the ball on the break to give the Bobcats a 75-72 lead with just under two minutes to go in the game.

The Patriots were not finished, however, as Desmond Tisdol scored a layup and was fouled in the process. He knocked down the free throw to tie the score at 75.

The Bobcats retook the lead after a free throw by Brown, and a score by Reggie Smith. The scores put Dooly County back in front 78-75 with just over a minute remaining in the fourth quarter.

Tisdol scored just a few seconds later to cut the Bobcat lead down to one with under a minute left in the game. The teams traded defensive stops for the next couple of possessions until the Patriots had one final chance to win the game with a score, but the Bobcats were able to force a turnover to hold on for the win by a final score of 78-77.

Zeff Felton led the Bobcats in scoring with 19 points, and Jarquavius Brown was next with 18. Bo Lawson finished the game with 13 points.

Dooly County will play their next game Friday night at home against Schley County. Up next for Wilcox is a region matchup versus Atkinson County in Rochelle on Friday night. 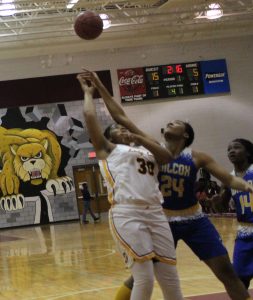 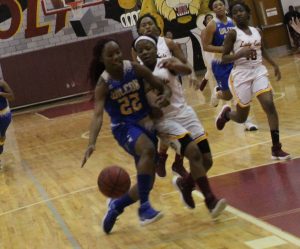 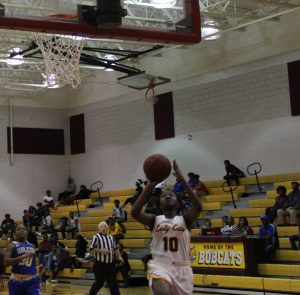 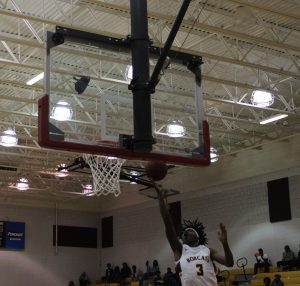 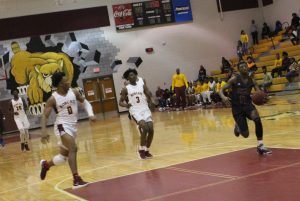 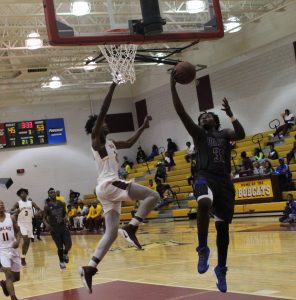