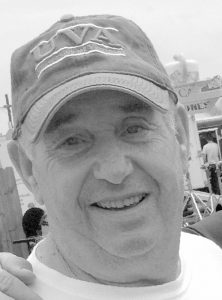 Larry was born in Cordele, Georgia on March 4, 1946 to the late Ernest Willie Hathcox and Ethel Allen Hathcox.  He was also preceded in death by his eldest son, Ernest Larry Hathcox, Jr..

Larry served in the U.S. Army and was a veteran of the Vietnam War.  He moved to Fredericksburg in 1969 following his honorable discharge from military service.  Larry retired as a service technician from Verizon.  Following his retirement, he was employed as a driver for Fredericksburg Regional Transit.  He was an avid fisherman and enjoyed many hours on the Potomac and Rappahannock Rivers.

The family will receive friends from 6 to 8 pm. on Monday, February 12 at Covenant Funeral Service, Fredericksburg.  A private memorial service will be held at a later date.