PINEHURST- Fullington Academy hosted the GICAA Division 1-A West region tournament this past week and both Trojan teams made it a productive week. The Lady Trojans won the region championship by defeating Grace Christian in the semifinals 62-28 on Tuesday, and then they defeated Highland Christian in the championship game by a final score of 52-14 on Friday night.

The Trojans travel to Rome to square off with Unity Christian tonight in the first round of the playoffs. The Lady Trojans are into the semifinals after winning the region and they will play Friday afternoon at South Georgia State in Douglas at 4 p.m. They will be taking on the winner of tonight’s game between Nathanael Greene and Trinity Christian. 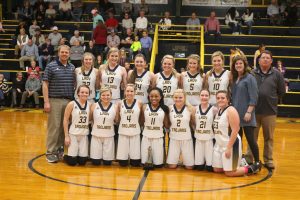 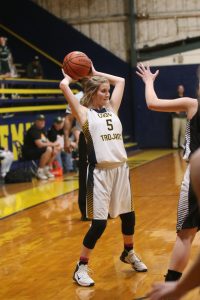 Abby Mashburn looking to pass to an open teammate. 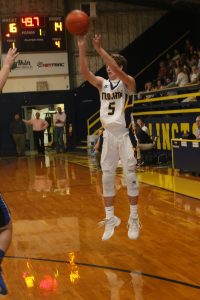 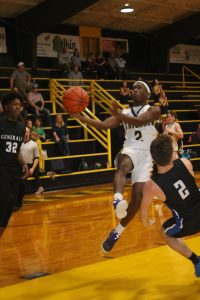 Jaden Harvey goes in for a layup.