CORDELE- The Crisp County High School tennis teams hosted the GHSA region 1-AAA tournaments earlier this week. The girls made it to the championship match on Monday afternoon, where they were defeated by Cook County. The Lady Cougars finished as the region runners-up. The boys tournament took place on Tuesday. The Cougars also made it to the championship match, but Cook County just edged them for the title. Both Crisp County teams will enter the state tournament as a number two seed and will host matches in the first round. Photos from Crisp County Tennis Facebook page. 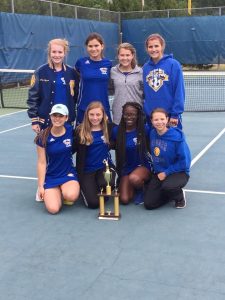 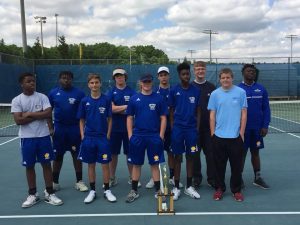 The CCHS boys finished in second at Tuesday’s region tournament.