After Griffin Gravitt delivered a scoreless top of the first inning, Crisp Academy batted around in the bottom half and finished the frame with an 8-0 lead. Senior Blake Odom hit a two-RBI triple to left center during the inning, while senior third baseman Zach Pate picked up an RBI hit of his own in the first. Baylor Pless and Dylan Farmer also had RBI hits in the bottom of the first, and senior shortstop, Aaron Titshaw, scored two in the frame.

Fullington pulled a run back in the top of the third inning when Avery Scarboro hit an RBI single to center field that allowed Blake Worley to score. The Wildcats then piled on six more runs to their lead in the bottom half of the third.

Titshaw reached base to start the inning with a leadoff walk, and then stole second base. A groundout moved him up to third base, and a Fullington error allowed Titshaw to score after Baylor Pless had put the ball in play. Gravitt and Pate each drew walks shortly after, and a Fullington error with the bases loaded saw Pless score the tenth Wildcat run. Garrett Gravitt and Julian Floyd each added RBI hits shortly after, and the Wildcats led 14-1 after three innings played.

The Wildcats went up by 15 with two runs in the bottom of the fourth inning, which was enough for the game to be called for a run-rule victory at that point. Pate had an RBI double to deep left center that scored Odom, and Titshaw picked up the game ending RBI with a bases loaded walk that scored Pate. Crisp Academy won by the final score of 16-1.

The Wildcats play a region road game against Southwest Georgia Academy this afternoon, and they will finish their regular season schedule Tuesday afternoon against Westwood in Camilla. 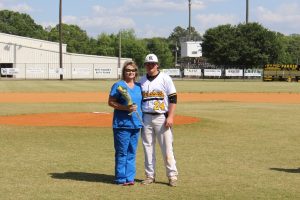 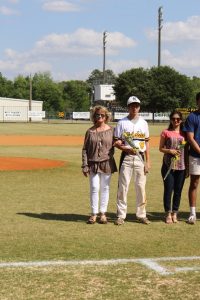 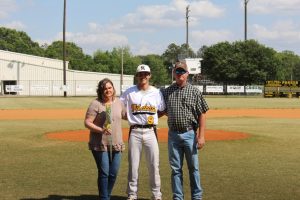